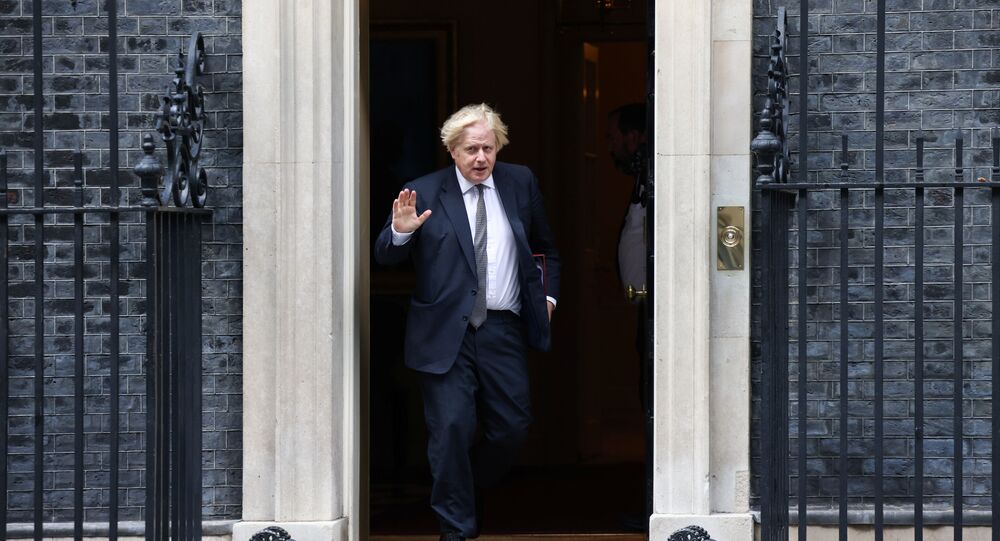 According to a controversial UK government decision, as of 1 September, adults over the age of 18 will be required to present proof of their COVID-19 vaccination status to enter major venues, which may include theatres with a seating capacity of 500 and over, as well as nightclubs and large office spaces.

UK Prime Minister Boris Johnson has told Tory members of parliament that they must have “COVID-19 passports” if they want to meet him at 10 Downing Street in London, The Daily Telegraph reported on Monday.

According to the report, an invitation to drinks with the prime minister on Tuesday night asked for proof of the double coronavirus vaccine shots or a recent negative PCR test.

The news outlet noted that the invitation letter stressed that, “for security and safety reasons… you will need to present your NHS Covid Pass on entry which shows proof of double vaccination, a recent infection, or a recent negative test.”

The Telegraph stated that some Tories are threatening to show up at 10 Downing Street with no documentation of infection status and be turned away in a bid to demonstratively voice their fear of the so-called vaccine passports.

“I will turn up at Number 10 and if I’m asked for a Covid passport I will politely decline. There are other parties,” Sir Desmond Swayne, a Conservative MP for New Forest West, was quoted in the report as saying.

At the same time, another parliamentarian reportedly wondered why MPs in Parliament could socialize with Johnson without proof of vaccination, but not in 10 Downing Street.

“Given it is not the law and colleagues are mixing with each other in Parliament it makes no sense. Will there be bouncers turning MPs away?” echoed William Wragg, a Conservative.

However, if MPs arrive at Downing Street without verification of their COVID-19 status, the newspaper reported, citing an insider, that “no one will be denied entry.”

Last week, the Minister for Business & Industry and COVID Vaccine Deployment, Nadhim Zahawi, stated that the use of COVID-19 certificates for large venues and nightclubs is “the right thing to do” because larger groups of people mixing in close proximity “could end up causing a real spike in infections.”

Zahawi said that government hoped to have the certification in place by the end of September, once all over-18s had been vaccinated.

In an interview in early June, former UK Prime Minister Tony Blair urged for special treatment for COVID-19 vaccine recipients, although he avoided the controversial term ‘vaccine passport,’ remarking that it made no sense to him that vaccinated people were treated the same as the unvaccinated, in terms of restrictions.