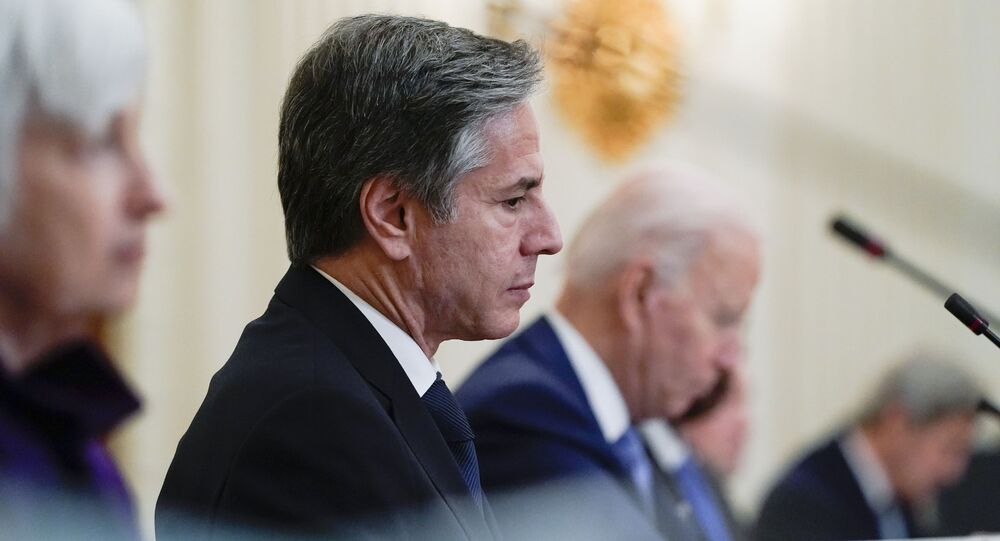 Conflicting reports coming from Afghanistan allege that American citizens and green card holders are stuck at the Mazar-i-Sharif airstrip. How could a new evacuation debacle affect the Biden administration, as it is already subject to criticism from both sides of the political aisle over last month’s Afghan withdrawal?

On 5 September, CBS News reported that a number of planes ready to take between 600 and 1,200 people, including American citizens and green card holders, out of Afghanistan are being denied permission to take off by the Taliban*.

The same day, Reuters suggested that the delay was caused by US State Department officials who were not telling the Taliban that they had approved the departures of six flights. “If one life is lost as a result of this, the blood is on the White House’s hands,” a person said to be a rescue flight organizer allegedly told Fox News. A private evacuation firm, PlanB, pointed its finger at the US State Department as the major stumbling block in the way of rescue missions to bring stranded Americans home.

“The Biden State Department has been terrible in the ability to process and execute the evacuation plan,” says Republican strategist Brandon Scholz. “It’s no surprise that they continue to have problems. It would be a national disgrace if there was an internal push to prevent private evacuations. They need all the help they can get. There are still Americans there.”

According to Scholz, it’s “unconscionable that the Biden State Department continues to slow walk this process.” According to the GOP strategist, once 31 August passed, the Biden administration lost sight of continuing to evacuate Americans and their Afghan allies left behind in the country after a hasty withdrawal.

There is more to the unfolding situation than meets the eye, suggested Timothy Hagle, a political science professor at the University of Iowa.

“The situation with the US State Department and evacuation flights is a difficult one for the Biden administration,” he says. “As is often the case, we might not know all the details of what is happening regarding these flights.”

Hagle does not rule out that the State Department could be refusing to grant permission for the flights. There are several reasons for that proposed possibility, according to the academic. First, the problem is that the US no longer has a presence in Afghanistan to enforce its will and now must rely on the Taliban.

Second, “as much as these flights are organised by a private rescue group there may be no guarantee that all the people on such flights have been vetted to ensure, at least as much as possible, that they are legitimate evacuees and not potential terrorists,” Hagle points out.

‘This is Definitely Not Standard Operating Procedure’, Professor on Coronavirus Vaccine

Ex-Israeli Envoy: Russia’s Influence in Mideast Continues to Grow as US Failed to Understand Region