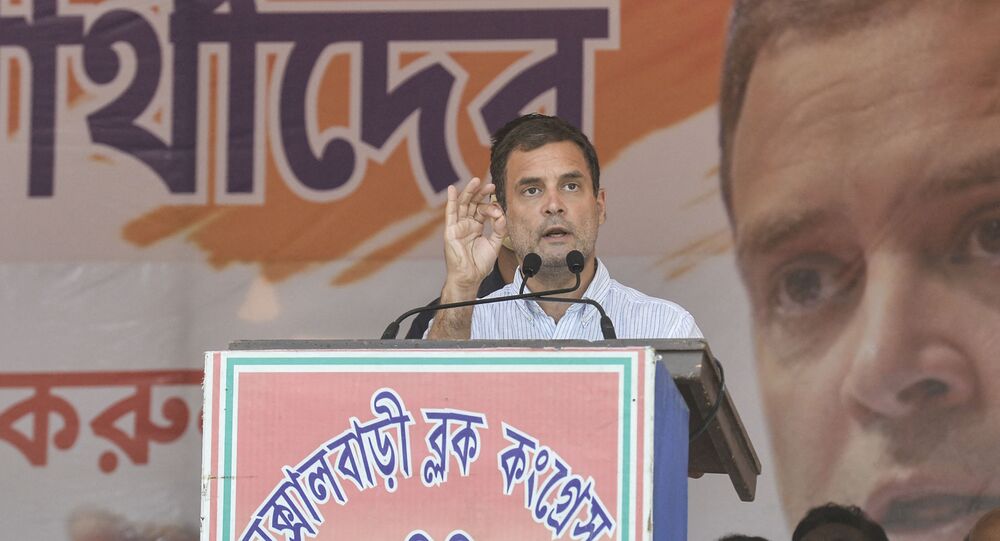 Hundreds of thousands of farmers from 15 Indian states gathered on Sunday in Uttar Pradesh’s Muzaffarnagar District to protest three unpopular agricultural laws passed by the Indian Parliament in 2020. The congregation was convened by Samyukt Kisan Morcha (SKM), a coalition of over 40 farmer unions.

Addressing a press conference, BJP spokesman Sambit Patra said: “Whenever there is politics of illusion, of lies, Rahul Gandhi’s hand is there in the country. Today, Rahul Gandhi has tweeted the old picture of the farmers’ movement and told it to be the photo of the present. Rahul Gandhi is well aware that Congress is president-less, so Congress is unable to raise any issue on the ground. That’s why they try to do politics through false photos.”

​He also took a jab at the Congress party over lack of its permanent leadership. He said that it has become a habit of Gandhi to stray from what he described as real issues and run the party based on what he claims is propaganda.

The BJP leader also accused Gandhi of diverting public attention from the country’s achievements, including the success of the COVID-19 vaccination drive.

​Patra asserted that under the leadership of Prime Minister Narendra Modi, the government is working towards bettering the quality of life for farmers.

“Since 2014, Prime Minister Narendra Modi has been working for farmers since joining his office. We have launched many beneficial scheme for the farmers, including Direct Benefit Transfer (DBT) scheme. Moreover, the black marketing of essential fertilisers has also ended,” he claimed.

“The opposition wants to point gun at others’ shoulders. Our government is the government of farmers,” the state representative asserted.

​Patra’s remarks came after Gandhi tweeted an old photo of the farmers’ movement earlier on Monday. He wrote in Hindi: “The farmers are still standing tall, they are fearless, they are the once who decide the fortune of the country.”

​Farmers in India are protesting three controversial farm laws passed by the BJP-led government in parliament in November 2020. Farmers and their supporters in government demand that the laws be immediately repealed, as the bills do away with the Minimum Support Price (MSP) system and leave them at the mercy of agriculture corporations. There have been 11 rounds of talks between farmers and the government on the subject, but Delhi’s intransigence has resulted in 11 stalemates.