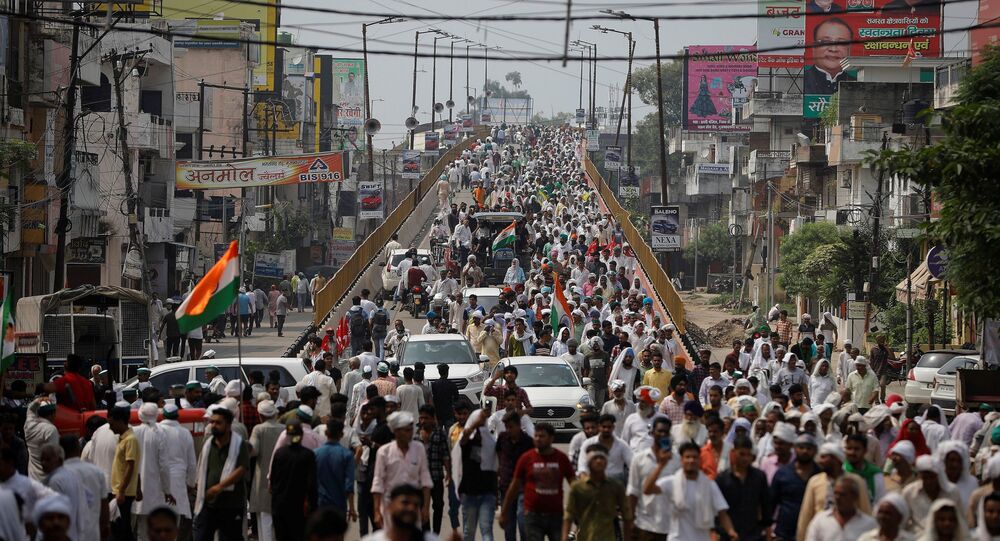 Since November 2020, hundreds of thousands of farmers have been actively protesting three controversial farm laws brought in by the Narendra Modi government in September 2020. The Modi administration claims these new laws are “progressive” while farmers point out that the changes will place them at the mercy of corporations.

The Bharatiya Janata Party (BJP)-led Haryana government on Monday suspended mobile internet in the Karnal district, a day ahead of a protest rally planned by farmers at the mini-Secretariat.

According to the state government, “mobile internet services in Karnal district will remain suspended from 12:30 pm [local time] on Monday to Tuesday midnight to stop the spread of misinformation and rumours through social media.”

The state’s government have deployed over 5,000 paramilitary forces and state police in the district.

Earlier in the day, the state government imposed section 144 of the Criminal Procedure Code (CrPC), immediately banning any gathering of five or more people in the district.

The move came a day ahead of a large village council planned by farmers in the state. Farmers will reportedly also demonstrate outside the state government building, known as the ‘mini-secretariat’.

Farmers and supporters are demanding strict action against the officer Ayush Sinha, who on 28 August fined a group of farmers for disrupting traffic. In the incident, over ten farmers were reportedly injured.

Sinha was allegedly recorded telling police to “break [the] heads” of protesting farmers. The officer was later transferred to another department, however, no inquiry was reportedly conducted.

The Samyukt Kisan Morcha (SKM), an umbrella body for farmers, demands the revocation of the three September 2020 laws passed by the Indian parliament.