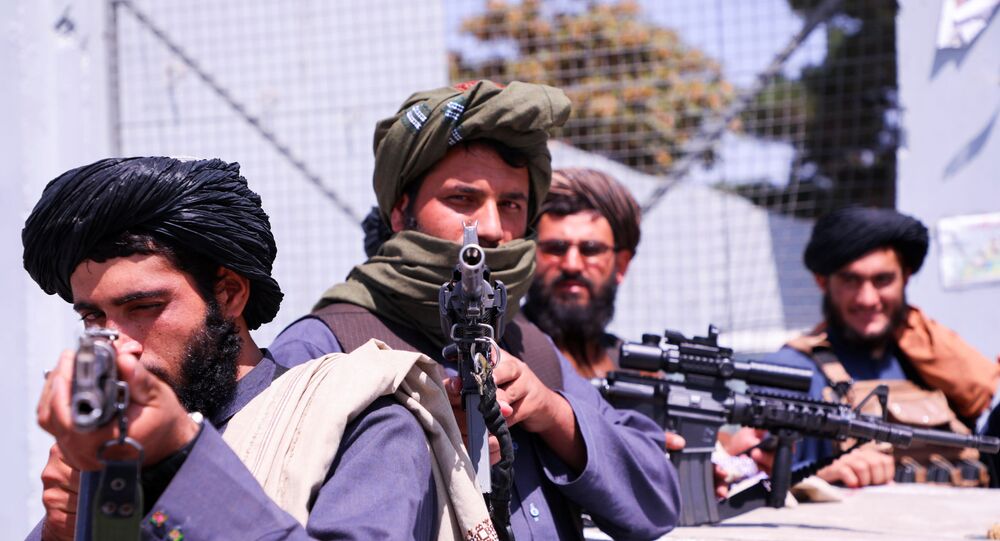 Since the swift takeover of Kabul by Taliban* militants, world leaders have remained on edge over the future of the war-torn nation, with many officials indicating they have no intention of recognizing an Afghan government headed by a religious fundamentalist group.

US President Joe Biden admitted on Monday that he was nowhere near to recognizing the Taliban as the new Afghan government, underscoring the uncertainties that lie ahead in the war-torn nation’s future.

Shortly after returning to the White House, Biden relayed to reporter Sophia Cai that he had no immediate intention to begin recognizing a Taliban government. “That’s a long way off,” the president emphasized.

Biden’s brief statement followed remarks made a week prior by White House Press Secretary Jen Psaki, who told reporters during a briefing that the Biden White House was “in no rush” to recognize the Taliban in such a role.

“It will be very dependent on [the Taliban’s] behavior, and whether they deliver on what the expectations are of the global community,” Psaki explained.

Similar commentary has also been echoed by the US State Department.

The president’s latest comments surfaced as Taliban spokesperson Ahmadullah Muttaki revealed that the group has completed an outline of its new government, adding that an official announcement would be forthcoming.

To date, many world leaders have held off on recognizing the Taliban as the official ruling government of Afghanistan. In fact, officials have stated that they will instead be monitoring the group’s behavior before making such a commitment.

Prior to the Taliban’s swift takeover in late August and the US invasion in 2001, only three countries recognized the militant group as a governing body – those countries include Pakistan, Saudi Arabia and the United Arab Emirates.

Taliban leaders have stated that their rule will be different from previous leadership, as they intend to loosen restrictions on freedoms afforded to Afghan women, especially in regards to forced marriages and education. Officials recently called on higher education institutions to submit proposals on whether to separate male and female students.

It remains uncertain just how many more freedoms women will be granted.

The Taliban took control of much of Afghanistan in a period of just over a few months, with forward movement skyrocketing after Biden announced that the US would be moving forward with the withdrawal procedures. Recently, the Taliban claimed that it had gained control of the Panjshir Valley, which was held by resistance forces.

*The Taliban is a terrorist organization banned in Russia and many other states.

Watch Joe Biden Snap at NBC Reporter: ‘You’re Such a Pain in My Neck’

Hillary Clinton, Condoleezza Rice Slam Biden on Afghanistan Withdrawal, Say US Might Have to Go Back