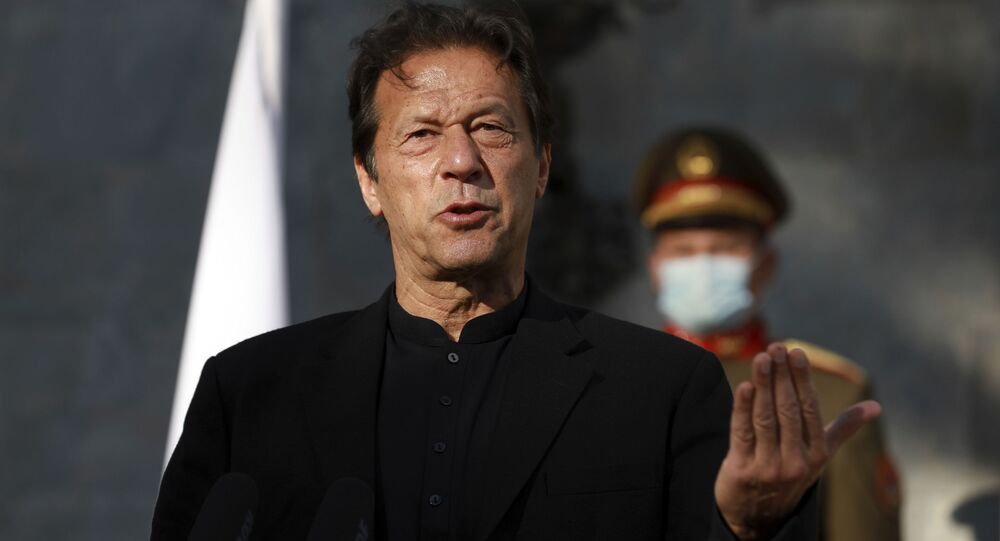 Islamabad says it will not resume its peace process with New Delhi until Prime Minister Narendra Modi’s government walks back its decision to abrogate the semi-autonomous status of Jammu and Kashmir. The Indian Parliament’s 2019 decision was also rejected by China, as Beijing has its own designs on the region.

Pakistani Prime Minister Imran Khan on Monday accused India of being “against the idea of peaceful co-existence” since the founding of the Islamic democracy in 1947, and blamed his southern neighbor of “imposing” one war after another on Islamabad.

“Whether it was during the War on Terror spanning two decades or the wars in 1948, 1965 or 1971, subversive activities inside Pakistan or propaganda through cyber warfare, the enemy has been carrying out operations against us,” Khan said in a statement in Urdu, posted on his Facebook page.

The statement was made to commemorate the 1965 India-Pakistan War, a conflict in which Islamabad believes it got the better of India.

“…we are not only fully capable of defending the homeland, but are always ready to deal with any kind of aggression,” stated Khan, hailing his nation’s forces for repelling “Indian aggressors” during the 1965 war, as well as the other wars including a 1948 war and the 1971 Bangladesh War of Liberation.

The 1948 India-Pakistan War occurred after Islamabad-backed Islamist militias and army regulars invaded the predominantly Muslim state of Jammu and Kashmir, in the wake of its then-Hindu king acceding to India after the subcontinent’s independence from Great Britain in 1947. By the time Delhi mounted a counter-offensive, Pakistan-backed forces had overrun large parts of Kashmir. Since then, parts of Jammu and Kashmir are separately administered by both New Delhi and Islamabad.