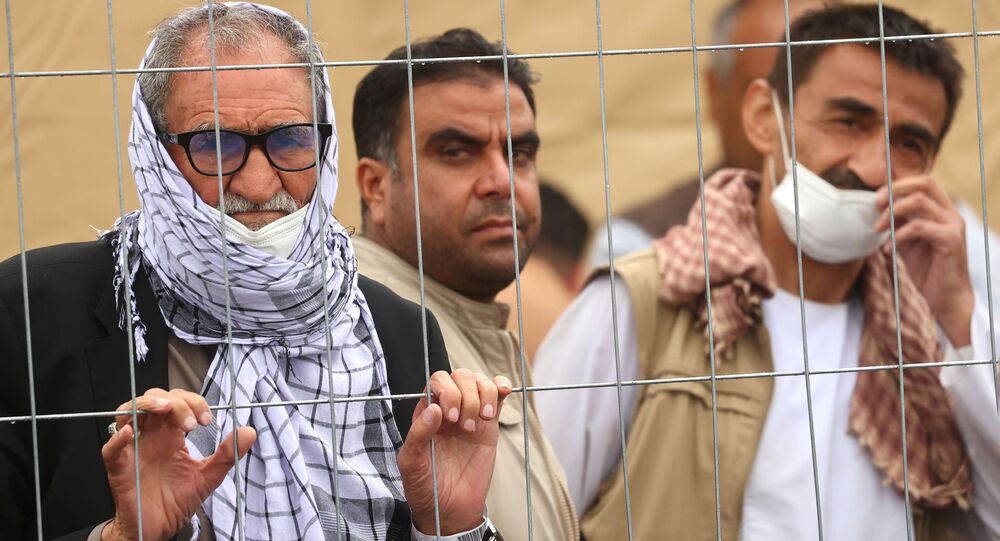 About 200 of the 30,000 Afghan refugees processed at the Ramstein Air Base in Germany were marked “red” and are now under further background checks, according to Gen. Mark Milley, chairman of the Joint Chiefs of Staff. What is the probability of terrorists sneaking into Europe and the US under the guise of refugees?

Speaking to Fox News on 5 September, Gen. Mark Milley explained that “if the evacuee has some sort of derogatory information, it will pop up as ‘red’ or ‘yellow'”, adding that he was satisfied with the vetting process.

At least 50,000 Afghan refugees are expected to be admitted into the US, according to Secretary of Homeland Security Alejandro Mayorkas. Meanwhile, tens of thousands of Afghans have already been processed through security vetting and arrived in the US to begin the process of resettlement. Mayorkas told Fox News that about 20 percent of those who have arrived are either American citizens or permanent residents. The rest are people who have received or are going to receive a Special Immigrant Visa.

Yet, Republicans are up in arms about Biden’s plan to open the nation’s doors to Afghan refugees. “How many terrorists will Joe Biden bring to America? We don’t know!”, former President Donald Trump said late last month. For their part, potential GOP presidential candidates have offered to send Afghans to “neutral and safe third countries”.

“It is to be expected al-Qaeda* or Daesh*-based Afghanistan would have tried and have some of their members obtain access onto the flights leaving Afghanistan to Europe and the counter-terrorism authorities will be aware of this”, says Dr David Lowe, a senior research fellow at Leeds Beckett University Law School and head of a consultancy business in terrorism and security.

The security expert explains that Europe and North America have implemented a filter system from checks at Kabul Airport prior to boarding aircraft, to interim checks in countries like the United Arab Emirates (UAE) before bringing them to their designated country and in the country itself. In the case of the US, the Afghan refugees are processed at a military base in Germany before moving onto the country.

According to Lowe, the system gives the authorities time to check the flight lists and once at their country of destination to conduct background checks while the refugees are being held in a holding centre.

“[One] can only rely on documents and previous records”, he explains. “With the collapse of the Afghanistan government there has been concerns of people faking documents to make it through. This is one of the reasons the US has taken steps to process individuals from third party countries to control the risk. Despite these measures, groups like ISIS-K* [Daesh-K] and al-Qaeda will encourage its sympathisers to beat the system”.