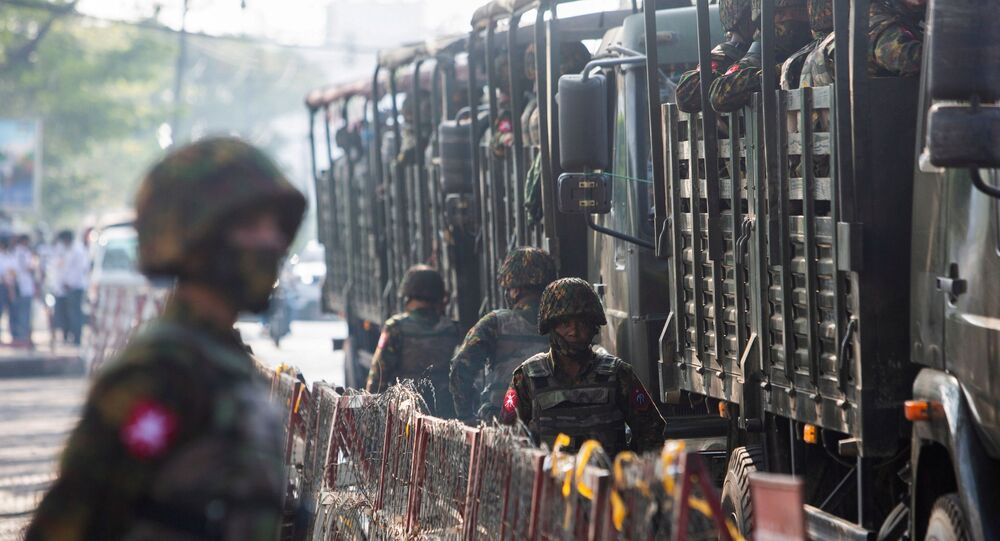 Following a resounding victory by the National League for Democracy, led by Aung San Suu Kyi, in the general election on 1 February, the military seized control of the country, imprisoned elected officials, and imposed a year-long state of emergency.

Myanmar’s National Unity Government has launched a “people’s defensive war” against the military, which took control in a 1 February coup, calling people to “revolt against the rule of the military terrorists”, Myanmar Now reported on Tuesday.

In a speech broadcast on Facebook, acting president Duwa Lashi La called on the exiled government’s People’s Defence Force (PDF) to strike “every pillar of the junta’s ruling mechanism”, as well as to defend citizens’ lives, to obey commands, and to respect the PDF’s code of conduct.

“With the responsibility to protect the life and properties of the people, the National Unity Government… We launched a people’s defensive war against the military junta”, he said in the video. “As this is a public revolution, all the citizens within entire Myanmar, revolt against the rule of the military terrorists led by Min Aung Hlaing in every corner of the country”.

According to Myanmar Now, the people of Myanmar were advised not to travel unless absolutely essential, to stock up on food and medical supplies, and to assist the PDFs and civilian resistance forces by informing them about military operations by the junta.

The acting president of the government in exile also urged the junta’s local officials to immediately quit.

Duwa Lashi La encouraged armed ethnic groups to assault the coup regime’s army in every way they could in order to keep control of their lands. He also urged Border Guard Forces, junta-allied militias, and individual soldiers and police officers to leave the military council and work with those on the people’s side.

The Cost of Biosecurity: Ocean-Crossing Pigeon Faces Death After Arriving in Australia From the US