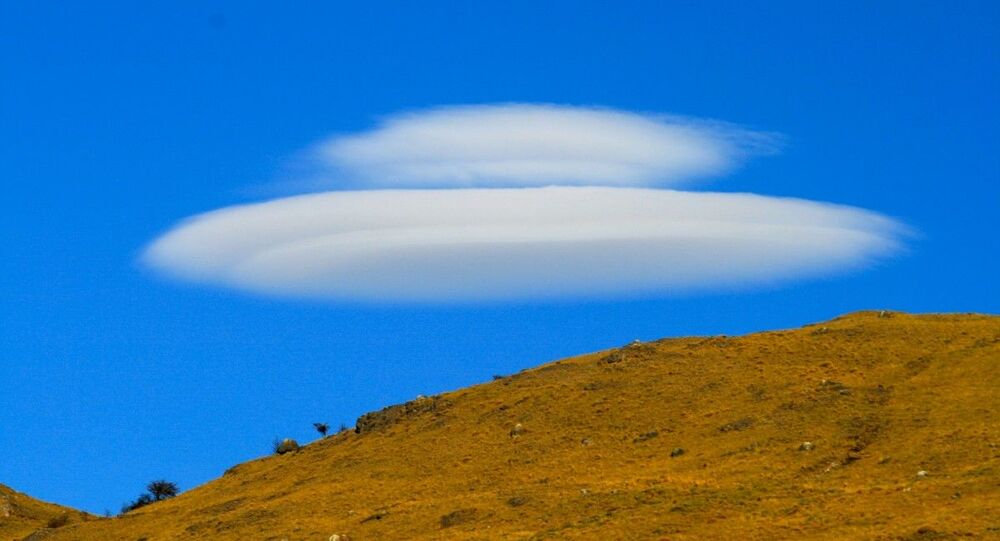 The blogger claimed that the supposed UFO “must have come from or was heading toward the mouth of the volcano”, and that UFOs “frequently use the mouth of volcanos to enter their underground alien bases”.

A strange-looking shape in the sky that might or might not have been a UFO has been caught on camera near a construction site in Costa Rica, according to Scott C Waring, a blogger with a penchant for UFO-related reports.

As Waring explained in his blog, no specifics were provided regarding the video, save for a comment about it offering a view from “Carpintera (San Rafael, Provincia de Cartago) looking toward the Irazú volcano.”

“Now the eyewitness only noticed one UFO. However, I can easily see two UFOs in the video. I believe the smaller object is an alien drone from the larger white disk in the distance,” he wrote. “The UFO must have come from or was heading toward the mouth of the volcano.”

He further alleged that “UFOs frequently use the mouth of volcanos to enter their underground alien bases… to deter humans from witnessing the UFOs exiting and entering and even prevent people from accidentally stumbling upon the entrance.”

“I myself have witnessed a small orb which looked similar to the white orb. It was the size of a softball, but when it came closer…it was semitransparent with pearlescent colours moving slowly over the surface,” Waring reported. “Because of that experience a few years ago…I know this sighting to be 100 percent real and significant to UFO research everywhere.”