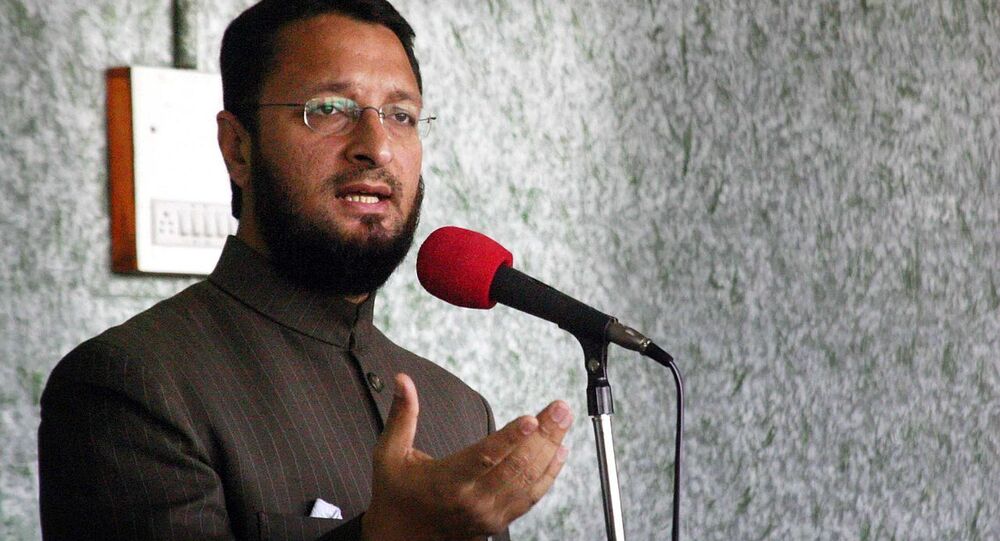 Asaduddin Owaisi, four-time member of parliament, president of the All India Majlis-e-Ittehad-ul-Muslimeen (AIMIM) and a senior member of India’s Muslim community has been critical about the country’s handling of the crisis in Afghanistan and has repeatedly questioned the BJP government’s refusal to debate the issue in Parliament.

An Indian politician and prominent Muslim leader, Asaduddin Owaisi, has prompted a heated discussion on Twitter after sharing an excerpt from an interview with a former CIA officer, Douglas London.

In the interview with Indian news daily, Hindustan Times, London – who served as the CIA’s chief for counterterrorism in south and south-west Asia between 2016 and 18 – said, while commenting on the situation in Afghanistan and its consequences for the region, that “time has come for regional players such as India, the generals in Pakistan, Iran and the central Asian states, to realise that they need to start making some changes and finding a way to work together so as to impede forces that could lead to greater turbulence and instability throughout the region”.

The CIA veteran, however, argued that India was “probably not in a strong position to start looking at a compromise with the Pakistanis or the Chinese”, claiming that “the Indian government has not extended a hand to the Muslim community inside India”.

“I don’t think India has helped itself by its virulent anti-Islamic campaigns and use of nationalism and religion for political gain at home. I think it will also leave India pretty vulnerable to threats from within as well as from without,” London said.

On Monday morning, Owaisi, a staunch critic of the BJP-led government’s strategy of dealing with the crisis in Afghanistan, retweeted the interview.

​Another Twitter user questioned the rationale of comparing Indian Muslims with jihadists in Afghanistan.

What irrational logic is that?
Kashmir Pandits were murdered & thrown out of Kashmir, they didn’t become Taliban

Here Muslims are getting maximum benefits of all schemes & scholarships, yet you say taliban can rise in IND? It’s shameful

The US-Taliban peace deal of 2020 was the “best agreement” the Republicans have ever negotiated. The same was honored by the Democrats.
India is victimized by its worst strategy in Afghanistan. All South Asian nations are satisfied with this positive development except indians.

Owaisi has long been calling out the “hypocrisy” of India’s method of dealing with the Taliban* and linking it to the BJP-led government’s election tactics in Uttar Pradesh state, which is gearing up for its own legislative assembly elections in a few months.

The state is home to more than 40 million Muslims who represent more than 19 percent of the state’s total population.

*Terrorist organisation outlawed in Russia and other countries.

‘Can Forgive, But Not Forget’: ‘Mrs Sri Lanka’ Pushpika After The Arrest Of ‘Mrs World’ Caroline