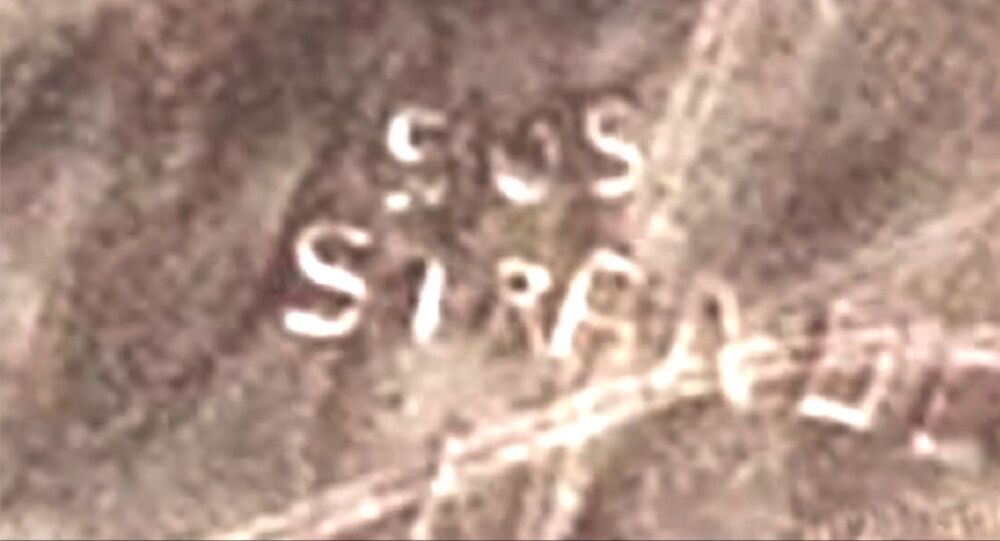 The letters can apparently be viewed only from high above, and it wasn’t immediately clear who could have left the message.

An intriguing discovery has been made recently by YouTuber MrMBB333 who spotted what looks like a call for help drawn on the ground in a desert in “southern Jordan”.

Revealing his findings in a YouTube video, MrMBB333 presented a Google Earth image showing what appears to be a set of letters drawn in the desert that spell the words “SOS” and “stranded” in English.

The YouTuber pointed out that the letters are huge – the letter “S” in the word “stranded” is apparently 27ft tall, and the whole word occupies a stretch of land about 150ft long – and that they can only be seen from above, either from a plane or a satellite.

Slightly to the south of that site, another set of letters that looks like the word “No” can be seen in the image, with the letters’ size being on a par with those in the “SOS” inscription.

The YouTuber appeared uncertain about when exactly these letters could have been drawn, or who exactly drew them; the site itself, he said, was originally spotted by one “Jonathan W” who shared this discovery.