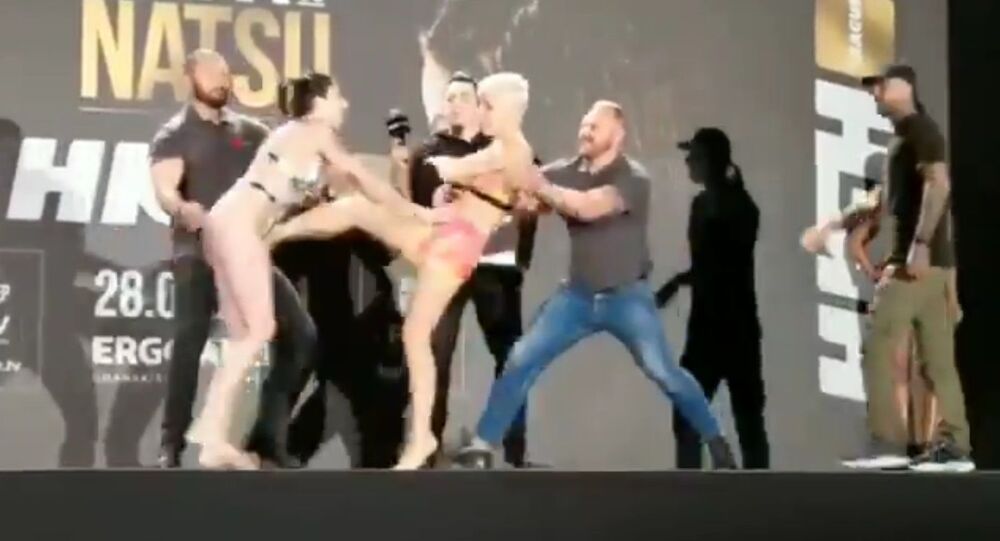 Polish professional boxer-turned-MMA fighter Ewa Brodnicka knows how to attract attention to her upcoming matches. Back in 2019, she was slapped in the face during the weighing after swiftly kissing her rival on the lips.

Ewa Brodnicka did the unthinkable during the High League’s mixed martial arts weigh-ins in Poland but this didn’t help her win a match against Aniela Bogusz – also known as ‘Lil Masti’.

Unsuprisingly, Lil Masti didn’t enjoy the move and threw the sex toy towards the opponent’s side immediately.

Brodnicka responded with a slap. Bogusz returned the favour with a kick. The whole interaction was filmed and went viral on social media soon afterwards.

​But Brodnicka’s “most disrespectful” move in the history of MMA – as it was put by the Outkick – didn’t help her win the match after all.

Lil Masti took a trophy home after winning the fight in the third round by TKO. Brodnicka lost her debut match but not her reputation as one of the most scandalous fighters.

‘Tight & Modest’: Viral Video Shows the Inside of ‘Putin’s Helicopter’

Video: Thrilling Lightning in Wisconsin Burns Tree to the Ground in Seconds