Gaddafi was tortured, sodomised and fatally shot by NATO-backed rebels in October 2011, with the incident captured on video and broadcast by media networks around the world. Post-Gaddafi Libya degenerated into a failed state ruled by warlords, terrorists and rival factional governments vying for control of the oil-rich nation.

The remains of former Libyan leader Muammar Gaddafi will be handed over to members of his tribe in Sirte for reburial, Saudi Arabia-based news channel AlHadath reports.

According to the channel’s Libyan sources, the transfer of Gaddafi’s remains was agreed by senior officials in the city of Misrata, and elders of the al-Gaddaf and al-Mujabar tribes. Along with Gaddafi senior, the remains of his 36-year-old son, Moatassem-Billah Gaddafi, and Abu-Bakr Yunis Jabr, one of the late Libyan leader’s most trusted advisers, are also expected to be transferred. The two men were killed along with Gaddafi on 20 October 2011 after the battle of Sirte, with evidence circulating that rebels tortured them and mutilated their bodies as well.

After Gaddafi was killed, his body was taken to Misrata “for a medical examination”, and then put on public display at a local shopping centre. He was buried at an unknown location in the desert, despite promises by militants to return his remains to his family.

Last week, Libyan militia leader Salah Badi announced that he was prepared to disclose the location of Gaddafi’s burial site as supporters of the late Libyan leader called to have his remains handed over to tribesmen for the sake of intra-Libyan reconciliation. 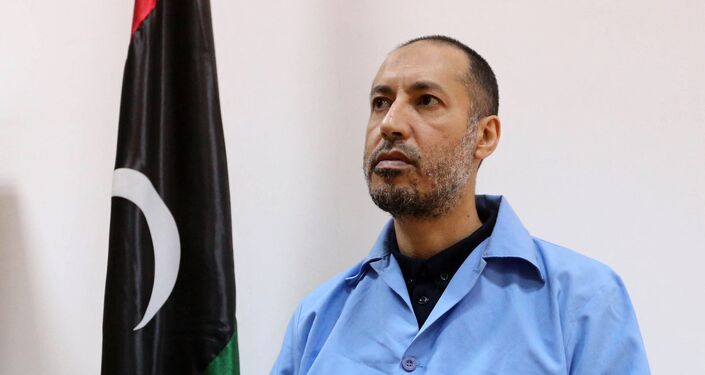 On Sunday, Libyan authorities released Saadi Gaddafi, Gaddafi senior’s third son, from jail and flew him out of the country to Turkey.  The younger Gaddafi’s present whereabouts are unknown. According to sources speaking to Reuters, Saadi Gaddafi’s release was secured as the result of talks between tribal figures and interim prime minister Abdul Hamid Dbeibeh. A retired professional football player by trade, Saadi Gaddafi served as commander of Libya’s special forces during the 2011 war, and fled the country to Niger before Libya fell to the rebels.

An Interpol red notice was issued for him the same year, and in 2014, Saadi was extradited to Tripoli – the capital of one of the two governments vying for power over the country. After his return, he was imprisoned, tortured and charged with the suspected murder of football player and coach Bashir al-Riani in 2005. He was found not guilty in 2018, but remained imprisoned.

Commenting on Saadi Gaddafi’s release, Dbeibeh stressed that the country “cannot move forward without implementing reconciliation, or establish a state without implementing justice, enforcing the law, respecting the principle of separation of powers and following judicial procedures and rulings.”

Last week, Saif Al-Islam Gaddafi, Gaddafi’s second son, was reported to have officially decided to run in the forthcoming Libyan general election, which is set for 24 December. Saif reportedly plans to run for the Popular Front for the Liberation of Libya, a Gaddafi loyalist political party created in 2016. The party’s platform includes cleansing the country of terrorists, reconstruction from the war, and following the tenets laid out in his father’s Green Book –a mixture of socialism, Arab nationalism, and a system of direct democracy based on referendums.