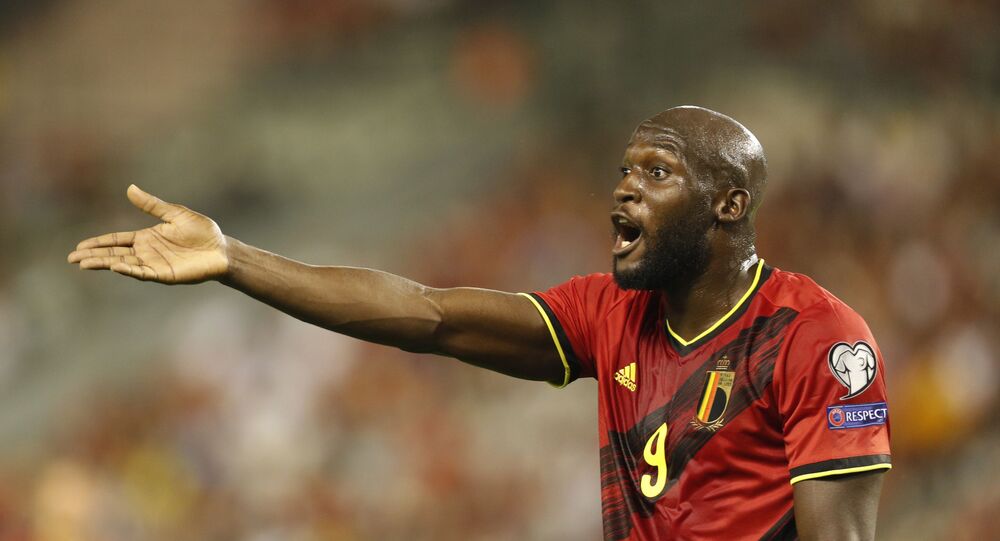 Belgium and Chelsea striker Romelu Lukaku has asserted that comparing him with five-time Ballon d’Or winner and Portuguese maestro Cristiano Ronaldo is “useless” as the 36-year-old is a living legend of the game and among the greatest players of all time.

Cristiano Ronaldo’s fans have mocked Afro-Belgian star Romelu Lukaku for his comments about the Portugal captain and Manchester United forward.

While some of Ronaldo’s supporters labelled Lukaku as a “liar”, others claimed that “only a person with a pea sized brain”  could compare him with the legendary footballer.

The reactions from the former Real Madrid talisman’s admirers came after Lukaku brushed aside his comparisons with CR7.

Despite his wholesome praise for Ronaldo, whom he even hailed as one of the top three players in the history of the game, Cristiano’s fans continued their tirade against Lukaku for his choice of words.

Why would you even compare lukaku to Ronaldo in the first place?

I can only speak for myself but I have never once even come close to hearing a single soul compare Lukaku to Ronaldo. I’m not one to predict the future but I would say there’s a pretty good chance I would never do so either. https://t.co/eps5wF7ZWC

But but when did anyone compare Lukaku to Ronaldo?eeeish https://t.co/nrueGEkOj7

Compare LUKAKU to RONALDO. 😂 lukaku is a big lump of a footballer who’s first touch is as if he’s wearing timberland boots. Not even on the same planet. Give over man 😂

“Don’t ever compare me to Cristiano Ronaldo, never,” Lukaku said at a press conference during the weekend.

“Cristiano Ronaldo is, for me, in the top three best players in the history of football,” he continued. “I’m not going to rank him from first to third but he’s in there.”

“What he has achieved in football today for players of my generation is something exceptional.”

“I was lucky enough to play against him in Italy and now that he’s back in the Premier League, it’s all good for English football,” he added. “As for the rest, comparing statistics and all that, it’s useless.”

On the other hand, 28-year-old Lukaku netted his 67th goal for Belgium against the Czech Republic, powering his country to a stunning 3-0 win in their World Cup qualifying game on Sunday night.

After representing their nations in international games, both Ronaldo and Lukaku will be back playing in the Premier League this week.

While Ronaldo is tipped to make his second Man United debut on 11 September after he rejoined the iconic English club from Juventus last month, Lukaku made his return to Chelsea from Inter Milan after leading them to a 19th Serie A title in 2020-21 only a couple of weeks ago.

‘Who is Ursula?’ Twitter Explodes as Meghan Markle Compares Herself to ‘Voiceless’ Little Mermaid