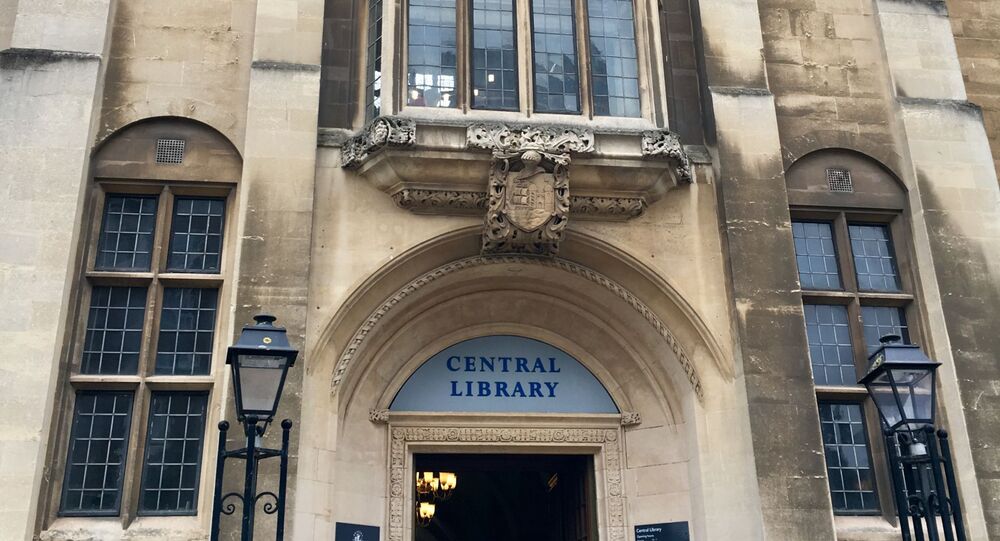 Back in 2019, British scholars made an intriguing discovery in a Bristol archive. Just in the bindings of four volumes of some unrelated works of a 15th-century French scholar, they found handwritten fragments of an unexpected variant of a medieval legend about King Arthur and his magician Merlin.

As academics took two years to study seven parchment fragments of medieval manuscript telling the story of Merlin, they came to the conclusion that this “more chaste” version offers “significant” variations on the Arthurian legend.

First, researchers from the Universities of Bristol and Durham concluded that the fragments that had been found in bindings of four volumes held in Bristol central library’s collection could date back to between 1250 and 1275. Second, the linguistic study helped to locate these pieces, handwritten in Old French, to northern, possibly north-eastern, France, according to a press release from the University of Bristol.

​Third, the researchers decided that the reason the fragments ended up in the bindings is because they had been considered trash by either Oxford or Cambridge and were sent to be recycled. It’s not clear why they came to be designated as waste, but the university notes that it could be explained by the fact that a newer English version of the Arthurian legend became available at that time.

But what is most interesting about the Bristol Merlin is its content.

The text itself, known as the ‘Suite Vulgate du Merlin’ was written in about 1220, bringing it close to some original understanding of the legend. Thanks to digital processing, Bristol’s Professor Leah Tether and her colleagues were able to read the pages more clearly. As such, what they have found was a significantly more “toned-down” version of Merlin’s interaction with the Lady of the Lake – the enchantress Viviane.

Apparently, the older version does everything to erase the idea of sexual tensions between the two, the professor hints.

“In our fragments, this is taken one step further: the names are written on a ring, but they also prevent anyone speaking to her. So the Bristol Merlin gets rid of unchaste connotations by removing references to both Viviane’s groin and the idea of Merlin sleeping with her,” the professor concludes.

Here is the whole passage:

“And [Viviane] made Merlin lie down in her lap, and she started to ask him questions. She moved around him, and seduced him again and again until he was sick with love for her. And then she asked him to teach her how to put a man to sleep. And he knew very well what she was planning, but nevertheless, he could not prevent himself from teaching her this skill, and many others as well, because Our Lord God wanted it this way. And he taught her three names, which she inscribed on a ring every time that she had to speak to him. These words were so powerful that when they were imprinted on her, they prevented anyone from speaking to her. She put all of this down in writing, and from then on, she manipulated Merlin every time he came to talk to her, so that he had no power over her. And that is why the proverbs say that women have one more trick than the devil.”

Some other differences from modern versions of the story include variations in names of Arthur’s key people and the nature of a wound got from his enemy King Claudas. The researchers believe that a lack of specifics about the injury – in other versions the king is wounded on the thighs – “may lead to different interpretations of the text owing to thigh wounds often being used as metaphors for impotence or castration”.

Scientists Have Created Largest Ever Map of Mysterious Dark Matter

Sperm of Mammals Can Survive in Space For 200 Years, Claims New Study

Centuries-Old Stone Sarcophagi ‘Rediscovered’ at a Zoo in Israel