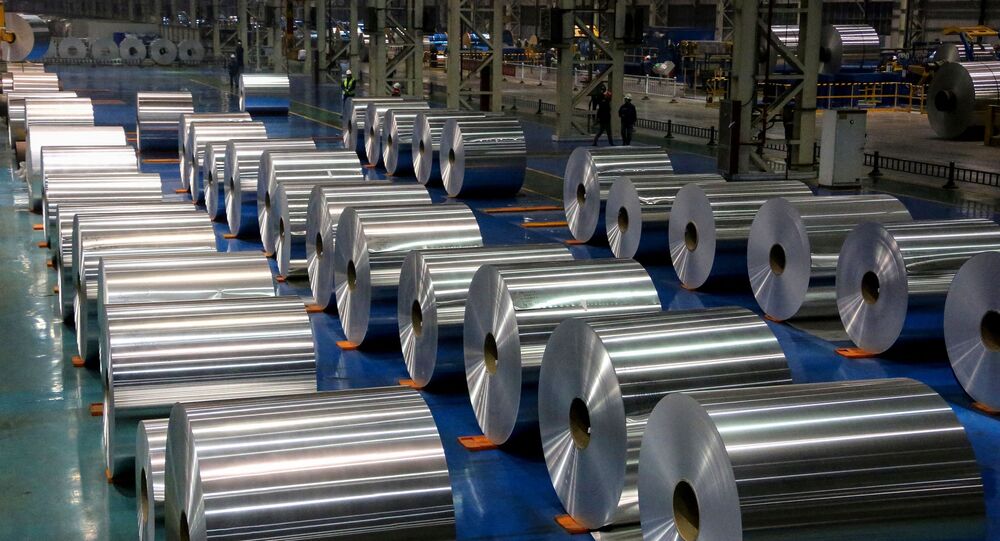 The West African nation of Guinea has up to one quarter of the world’s known reserves of bauxite, a key raw material used to make aluminum. A group of military officers calling themselves the ‘National Rally and Development Committee’ took over the country on Sunday, detaining President Alpha Conde and declaring an 18-month period of military rule.

Aluminum prices soared to highs unseen in over ten years on Monday amid market fears that instability in Guinea could cause shortages of bauxite.

October aluminum futures jumped as much as 3.4 percent in trading on the Shanghai Futures Exchange to over 21,980 yuan ($3,406.64) per tonne – a price level unseen since 2006, before falling to 21,640 yuan a tonne (but still up 1.6 percent). Shares of Aluminum Corp of China similarly jumped upward, enjoying a 10 percent bump on the Hong Kong Stock Exchange.

The London Metal Exchange saw similar spike, with aluminum prices climbing 1.8 percent and hitting $2,775.50 per tonne – the metal’s best showing since May of 2011, before dropping slightly to $2,749.

“It’s too early to comment on bauxite shipment [impact] because the news is fresh. But you can see from Shanghai Futures Exchange aluminum price movement today that people are worrying,” a Singapore-based trader told Reuters. 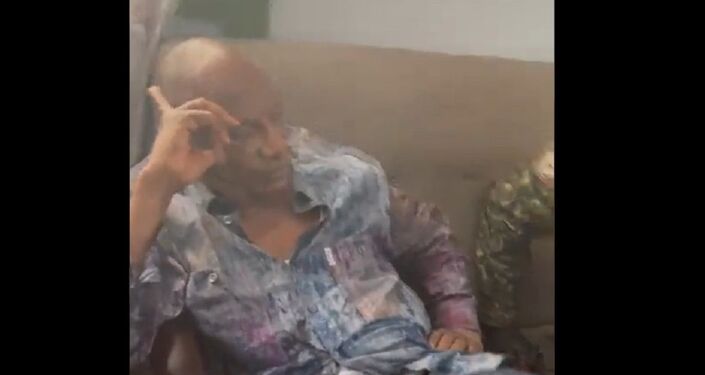 MySteelGlobal estimates that as much as one third of China’s aluminum is sourced from bauxite mined in Guinea. As a key global manufacturing center, China is also the world’s largest consumer of the metal.

Russia, the world’s third largest aluminum-producing nation after China and India is impacted by the Guinea coup as well, with Russian aluminum giant Rusal, owned by billionaire Oleg Deripaska, seeing a 2.5 percent bump in its stock price in trading in Moscow on Monday.

In a post on Telegram, Deripaska expressed his surprise at the news of the Guinea coup, suggesting that “the aluminum market may be seriously shaken up by this situation.”

Vasily Suchkov, an analyst with Veles Capital, a Moscow-based investment firm, told Sputnik that the Guinea coup may cause a temporary speculative jump in aluminum prices and Rusal, but that in the medium term, prices should stabilize.

Suchkov stressed that Guinea’s strategically important role for Rusal, which mines over half of all of the bauxite it uses for its aluminum production in the country. “We believe that a strong drop in bauxite exports from Guinea is unlikely, because the country’s authorities (both old an new) are interested in the inflow of export earnings…Rusal will be able to compensate for falling volumes of bauxite by using assets in other countries in the event of short-term supply disruptions in Guinea, while a rise in world prices for aluminum will play into the company’s hands,” the analyst explained.

Along with Russia, Anglo-Australian multinational mining giant Rio Tinto Group and AngloGold Ashanti Ltd., a South Africa-based gold miner, have mining assets in Guinea. China’s investments in the country include both mining-related and Belt and Road infrastructure-related projects.

Rebel forces led by army colonel and former French legionnaire Mamady Doumbouya took control of the Guinean capital of Conakry on Sunday, detaining 83-year-old President Alpha Conde and issuing a statement on television that the country’s government had been dissolved and constitution suspended.  Doumbouya declared the formation of a ‘National Committee of Reconciliation and Development’ which would govern the country for an eighteen month period. The rebels have closed Guinea’s borders and enacted a nationwide curfew.

The international community expressed concerns over the coup attempt. United Nations Secretary General Antonio Guterres tweeted that he was “following the situation in Guinea very closely” and said he “strongly” condemns “any takeover of the government by force of the gun.” Guterres demanded the immediate release of President Conde from rebels’ custody. 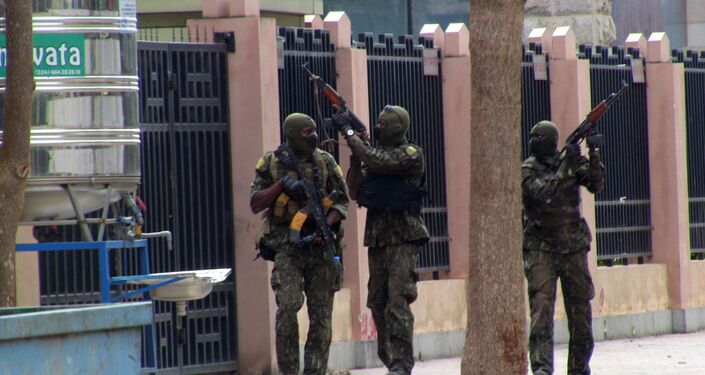 Russia echoed Guterres’ calls for Conde’s immediate release, with the Foreign Ministry releasing a statement Monday emphasizing that “Moscow opposes any attempts to unconstitutionally change power” and urging the situation in the African nation to return to the “constitutional track.” Russia also called on political forces in Guinea to refrain from any actions which could provoke further violence and urged negotiations to reach a peaceful settlement.

European Union foreign policy chief Josep Borrell, the US State Department, China’s Foreign Ministry, the African Union and the Economic Community of West African States have also condemned the coup and demanded Conde’s release. “We call on all parties to stay calm and restrained and act in the fundamental interests of the Guinean people, using dialogue and consultation to resolve the relevant issues to safeguard domestic peace and stability,” Chinese Foreign Ministry spokesman Wang Wenbin said in a briefing Monday.

Prior to the coup, French and US officials had expressed “concerns” about the state of Guinea’s democratic institutions, and voiced opposition to President Conde’s plans to change the constitution to enable him to run for a third term in the October 2020 elections.

A ‘Firm’ Foundation: Which Businesses Have Profited The Most From The Ongoing Coronavirus Pandemic?