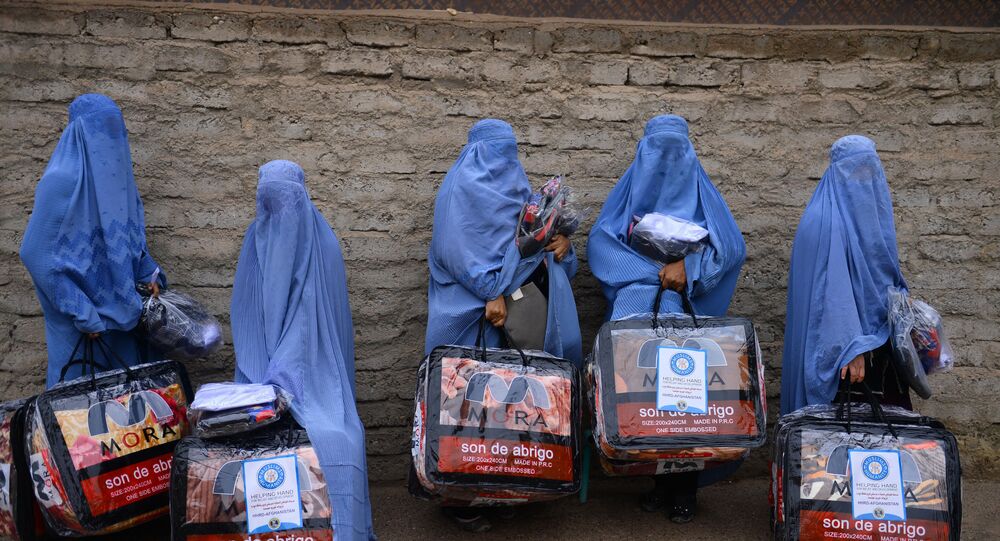 The Islamist group that is now in charge of the war-torn country has given some women the opportunity to interview their leaders. It has also allowed limited protests and vowed that women will be able to pursue an education, but an activist says it is no more than a ruse.

In mid-August, when the Taliban, an Islamist movement condemned as a terrorist organisation by a number of international players, seized control of Afghanistan, they rushed to assure people not to worry.

They vowed not to take revenge against loyalists of the previous government that had failed to flee the country. They promised media freedom and stressed that women would be able to keep their rights.

But Maryam, a women’s rights activist from Kabul, whose real name cannot be disclosed for security reasons, says she feels “fear, concern and uncertainty of what’s yet to come”.

Maryam and many other Afghan women have good reason to worry. During their first stint ruling Afghanistan back in the late 1990s, the Taliban applied strict Sharia law, implemented segregation, banned women from studying, imposed a dress code and executed those who dared to breach their norms. 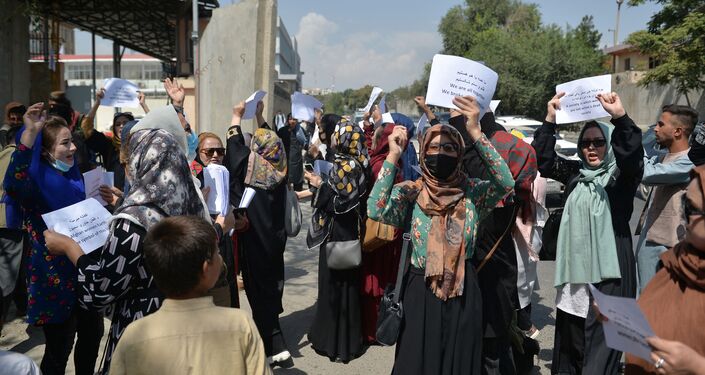 When they were overthrown, and Hamid Karzai became president in 2002, Afghan women were given rights and freedoms. They were allowed to participate in socio-economic life, they were able to express themselves, and were even permitted to remove their headscarves, something that couldn’t have been done during Taliban rule.

The tenure of Ashraf Ghani, says Maryam, took away some of these liberties but women were still able to get integrated into the social, economic and, to some extent, political fabric. Now, however, with Ghani gone and the Taliban taking the reins, the freedom of women is feared to be at risk once again.

“The older generation, like my mum, who remembers the rule of the Taliban, are scared of their presence. But my generation is less fearful, they want to speak up, they want to be out there and they want to make their voices heard.”

Some have already taken to the streets of Kabul to protest against the group’s rule. A similar rally has been held in the western city of Herat, where women have demanded to keep their right to employment and education.

Can Women Trust the Taliban?

For now the Taliban seems to be listening. To start off, they let these demonstrations take place. Recently they stated that women would be able to study although they would still need to be segregated from men. Several female journalists were given the opportunity to interview high-profile Taliban leaders.

“It brings hope,” says Maryam, “but I am not sure I believe them. There will be more restrictions on women. We will be forced to wear a long outfit and a hijab, and eventually they will end up resorting to violence,” she added.

Reports suggest that this is already happening. At the end of August, it was reported that the Taliban was flogging young Afghans for wearing jeans.

Other reports also suggested that the group was carrying out door-to-door manhunts, in a revenge spree against loyalists of the previous government and those who cooperated with foreign forces.

“The problem is that people in general and women in particular might get used to that abuse,” says Maryam, referring to a letter sent out by a group of Afghan women, who called for others to sit down with the Taliban and cooperate with them.

“I personally find it impossible. They are a group of misogynists, they don’t see us as equal, no matter what they say. The only thing they can do is to gather Muslim scholars and work out a detailed policy that women will have to abide by. But giving us our rights is out of question.”

In the past, not many wanted those rights. A Pew poll conducted before the Taliban took over found that 99 percent of the surveyed Afghans wanted to make Sharia the law of their land.

But now that the group is using force to implement that law, many might realise it is too tough to bear.

“If they keep resorting to violence, resistance will arise and this will lead to a civil war,” warns Maryam.

In a way this is already happening, with a number of resistance groups standing up to the Taliban in several parts of the country.

The fighting will push many more people to leave the war-torn state. Maryam says she might become one of those who will end up fleeing simply because she no longer sees any future in Afghanistan.

For now, however, she remains, and is asking the international community to put pressure on the group and force it to recognise women’s rights.

*The Taliban is a terrorist group banned in Russia and many other countries.

Pundits: US Uncompromising Stance on Open Skies Treaty May Result in Europe Losing Patience One Day

Netanyahu Might Be Ousted But Successors Could be Even More Radical, Says Palestinian Official