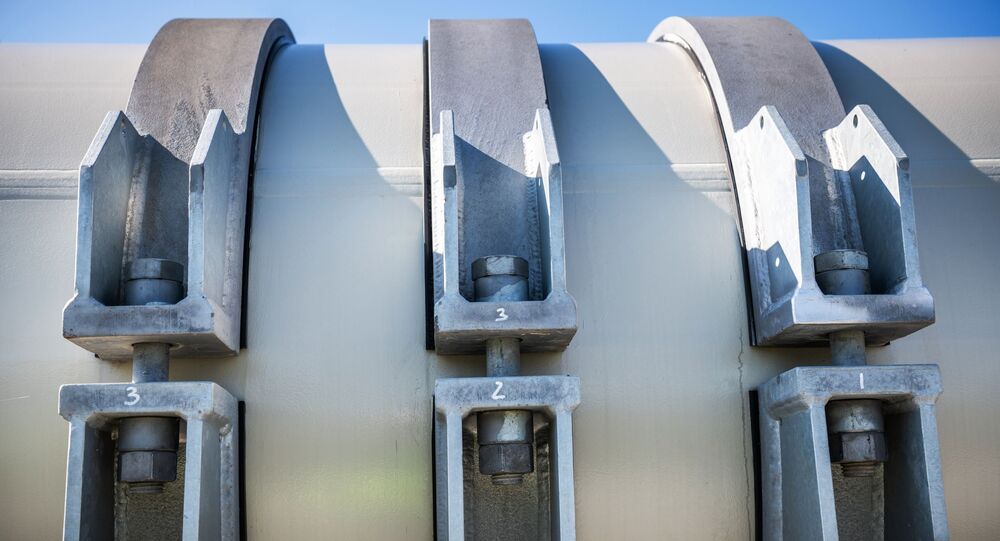 During his visit to Washington last week for talks with President Biden, Ukrainian President Volodymyr Zelensky said that the two countries view the Russian-European gas pipeline project as a “threat to European energy security”, and that they will continue to jointly oppose it.

“Zelensky says that Nord Stream 2 is a terrible threat to European security. This is nonsense. This project, on the contrary, contributes to ensuring Europe’s energy security,” Peskov said in a television interview on Sunday.

Peskov suggested that Zelensky’s claims were part of the broader Western project of turning Ukraine into an ‘anti-Russia’, and recalled that along with Kiev’s hostile position on Nord Stream 2, the country’s leaders have also expressed a desire to join NATO, with the US promising to accept Ukraine into the alliance if it meets certain conditions. “This is a direct threat to Russia. This is the potential future approach of NATO military infrastructure toward our borders,” the president’s spokesman stressed.

Peskov suggested that for the moment, Ukraine’s politics remains dominated by a “Russophobic” bent, and that “unfortunately, those forces which propose a more balanced approach, and who support discussing the most pressing issues with Russia are sitting under house arrest.”

The ‘house arrest’ remarks were a likely reference to the detention of Viktor Medvedchuk, a Ukrainian lawmaker and tycoon who leads the Opposition Platform – For Life party, and whose house arrest was recently prolonged until 31 October. Medvedchuk has been under house arrest since May, and is accused of funding anti-Kiev forces in the country’s east. The businessman has denied the charges and called them politically motivated. Opposition Platform – For Life is the second-largest party in Ukraine’s parliament. Ukrainians are expected to go to the polls no later than 2023 for parliamentary elections. Recent opinion polling has found that the Zelensky-aligned Servant of the People Party has suffered a collapse in its ratings, from a peak of 54.1 percent support in late 2019 to 20.4 percent in polls taken last month. 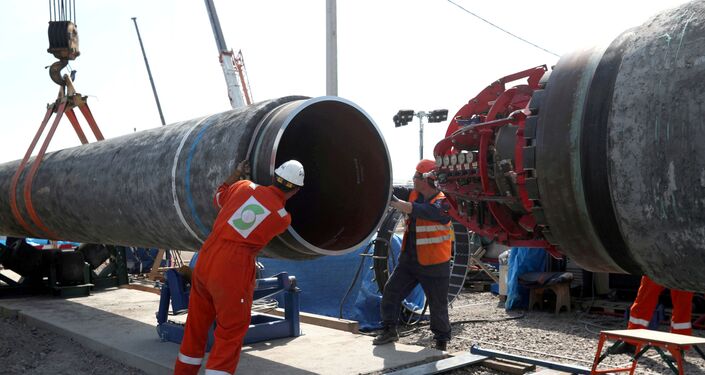 Nord Stream 2, the 1,230 km, $10.5 billion gas pipeline infrastructure project running from Russia to northeast Germany along the bottom of the Baltic Sea, is now weeks away from completion, according to the Russian Foreign Ministry.

Along with Russian gas giant Gazprom, the project is being financed by major Western European energy concerns including Uniper and Wintershall of Germany, Engie of France, Austria’s OMV and the UK-Dutch concern Royal Dutch Shell.

The United States spent years trying to torpedo the project, slapping it with two rounds of sanctions and attempting to force the Europeans into buying more expensive American LNG. The Biden administration agreed to lift sanctions against Nord Stream’s operator this summer in an attempt to improve relations with Washington’s German allies. Berlin is the main European benefactor and beneficiary of the energy project. German authorities and businesses see Nord Stream 2 as a means to ensure energy security for Europe’s industrial powerhouse, especially during the transition period away from coal and nuclear power and toward greener sources of energy. In addition to being able to pump gas – the cleanest of the fossil fuels, Nord Stream 2 has been equipped to be filled with up to 70 percent clean hydrogen, a green fuel whose introduction is being heavily supported in Germany and other countries across Europe.

America’s Eastern European partners, including Poland and Ukraine, have joined Washington in vocal opposition to Nord Stream 2, claiming that additional Russian gas supplies to Europe would make the continent dependent on Moscow, and expressing fears that Gazprom will stop using its existing gas pipeline infrastructure in countries like Ukraine once Nord Stream 2 is operational. Gazprom’s contract with Ukraine on the use of Ukrainian transit infrastructure will run out in 2024 unless a new agreement is signed. 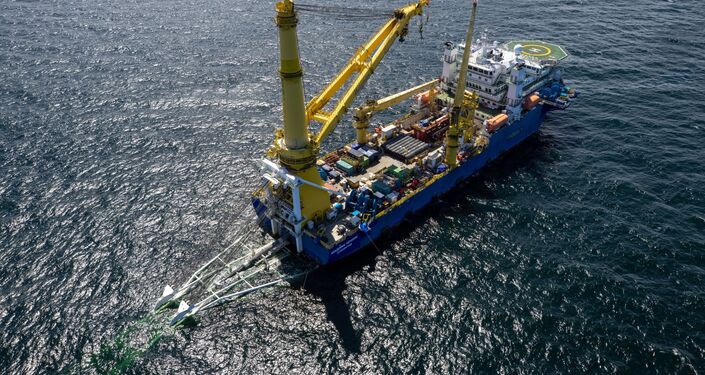 Following the Ukrainian president’s talks with US President Joe Biden on Wednesday, Zelensky’s press service released a press statement saying that the two countries would “continue to oppose Nord Stream 2,” and that Washington would work hard to “maintain Ukraine’s transit role” to “prevent the Kremlin’s use of energy as a geopolitical weapon.”

In a briefing with reporters after the talks, Zelensky said that Biden had “personally guaranteed” to him that the US would immediately impose new sanctions against Nord Stream 2 if its launch caused a “dangerous situation” or “energy problems” for Ukraine. Zelensky did not specify what these “problems” could be except to say that they might be created by either Russia or other countries participating in Nord Stream 2.

‘Tim Cook is Not an Innovator’: Twitter Explodes as Elon Musk Says Apple Once Refused to Buy Tesla