The September 11 terrorist attacks were carried out by 19 hijackers associated with the al-Qaeda* terrorist group – 15 of whom had Saudi roots and close ties to high-ranking Saudi officials. In spite of these facts, the Saudi government has remained firm that it played no role in the attacks. 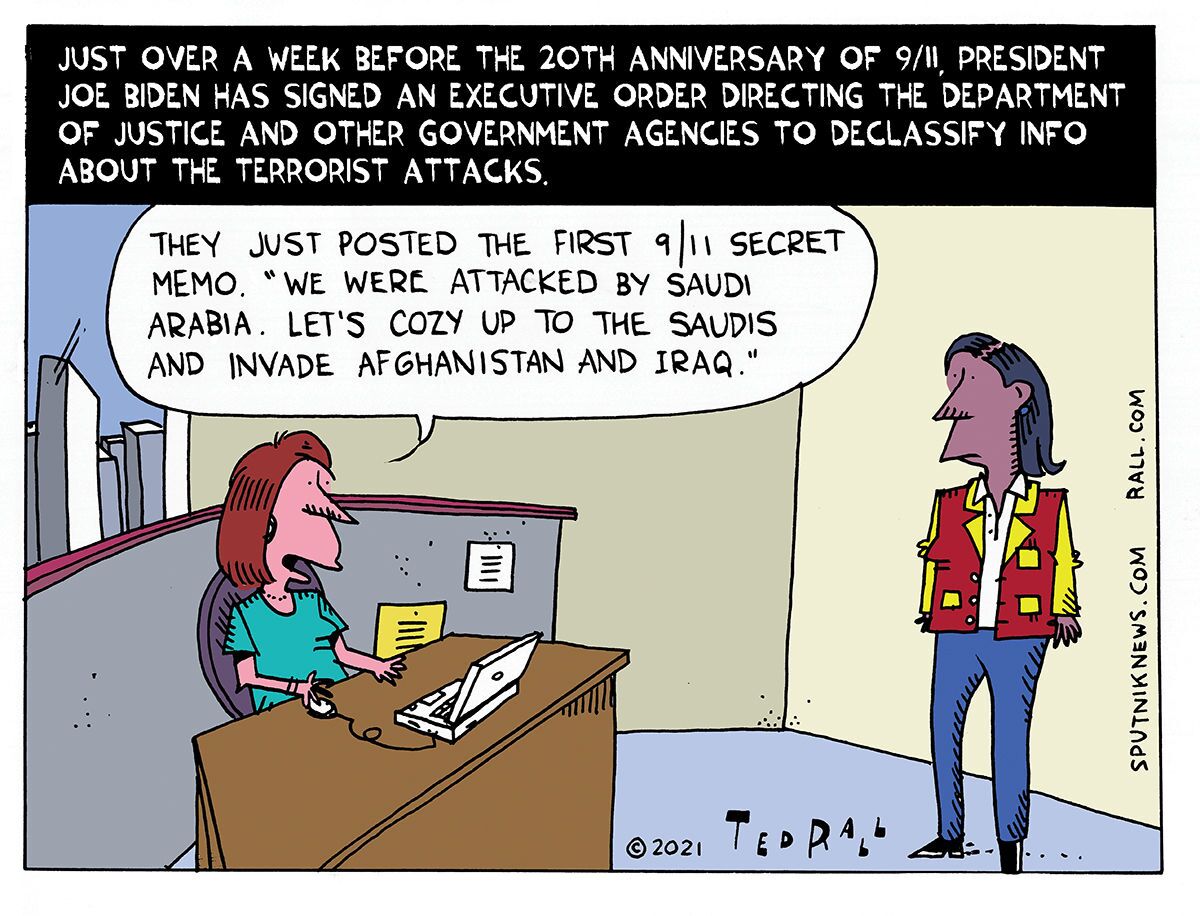 With the 20th anniversary of the 2001 terrorist attacks just days away, US President Joe Biden signed an executive order on Friday ordering government agencies to release declassified information related to the attacks.

The Friday release hit the airwaves as the American president was headed toward the US Gulf Coast to examine the aftermath of the devastating Hurricane Ida.

Biden’s order specifically states he is “directing the Department of Justice (DoJ) and other relevant agencies to oversee a declassification review of documents related to the Federal Bureau of Investigation’s September 11th investigations.”

The DoJ had initially announced that it would be conducting a review of such information in August, just as Biden was being hit with renewed backlash – specifically from victims’ families.

The declassified information is expected to be publicly released over the next six months.

*al-Qaeda is a terrorist group outlawed in Russia and many other states.