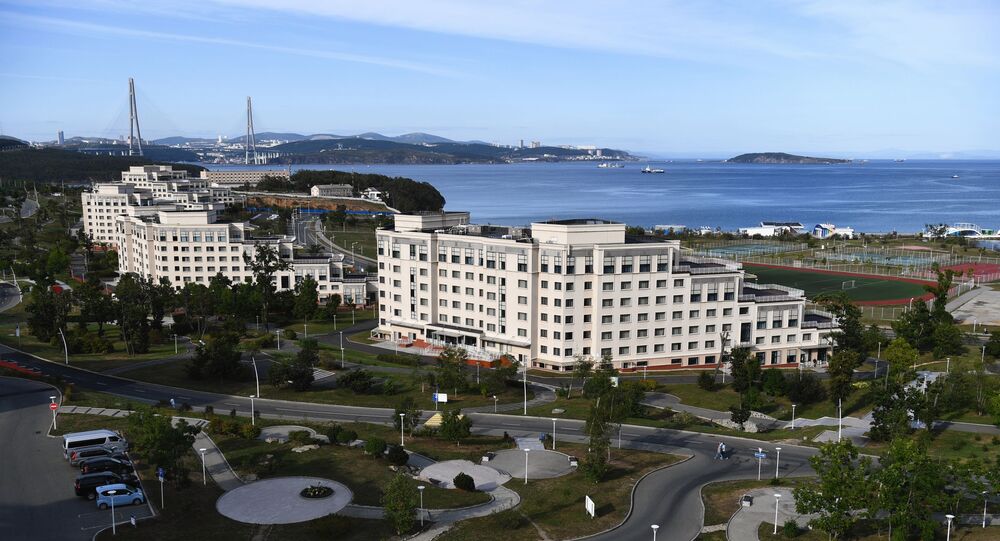 Alexis Delaroff, General Manager of multinational hospitality company Accor in Russia, Ukraine, Georgia and the CIS region, boasts of the expanding hospitality business in the Russian Far East and shares his take on the overall atmosphere at the Economic Forum taking place in Vladivostok.

Alexis Delaroff: My feeling is that [Forum] was very dynamic, very positive. And people were looking forward to getting rid of this COVID mood, I would say because all the projects that were discussed were really proactive projects. Tourism is a very actively developing thing in this part of the world. And this is probably the first time over the past two years when we have such a high level and quality panel with relation to the development of tourism; it was more specifically directed to the Far East, the Russian Far East. But really, it’s the first time I participate in such a quality panel for the past years. So it seems to me [that it is a] very good, positive, and good-mood forum.

Sputnik: You mentioned the touristic potential of this region. How is your company involved in the projects here in this area, in the Far East? What can we expect from your company?

Alexis Delaroff: You can expect only good from our company. Listen, we’re the first international European hotel company, not an Asian hotel company, that has opened a hotel in the Far East. We opened Mercure Hotel in Blagoveshchensk, I think it was in November or December 2020. And with the parenthesis of the COVID crisis, the hotel is a very successful one, it is doing very well. And then we opened this year, I think it was May, we opened a hotel in Vladivostok and we will be opening in Vladivostok probably November. We are expecting the signature of another project, which will be in Vladivostok in the EB Style. And as you might know, we also signed for a Novotel resort on Russky Island. This signature also took place, I think it was in… it was this year, I don’t remember which month.

COVID-19 Has ‘Interrupted Vaccination Schedules of Children Around the World’, Says Scientist

Humans ‘Tend to Be Focused on Short Term Because Long Term is Too Unpredictable’, Academic Says