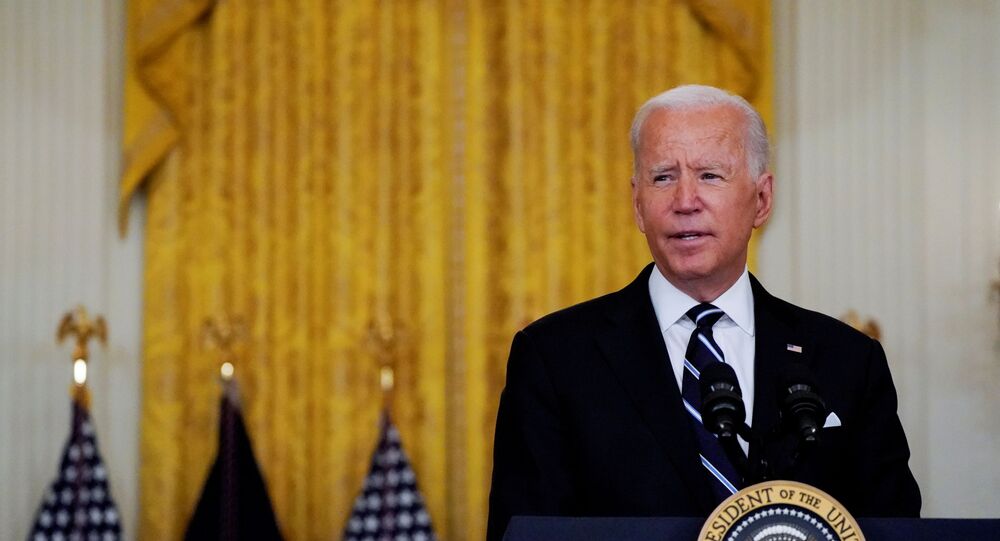 Following the rapid and largely unexpected fall of the Afghan capital city, Kabul, Biden and his administration have been under a storm of criticism from all sides of the political spectrum for an ill-planned troop pullout and mismanaged evacuation of citizens and Afghan refugees in the face of complete encirclement of the airport.

US President Joe Biden is giving an update on Sunday on the administration’s response to Hurricane Henri, as well as the evacuation of American citizens and refugees from Afghanistan.

According to the White House’s previous announcement, the president is scheduled to speak after a closed-door meeting with his national security team to get intelligence, security, and diplomatic updates on the shifting situation in Afghanistan.

And earlier in the day, the US media reported that Hurricane Henri had degraded to a tropical storm and reached Rhode Island in the northeastern part of the country.

On Saturday, the president described the ongoing rescue mission at the Kabul airport as the “largest airlift of people in history,” thanking Qatar for its assistance in supporting the transfer point for the evacuated people.

It’s Back: Parler Announces Its Return After Being Suspended Following US Capitol Riots

Americans Will be Banned From Installing TikTok Starting 20 September