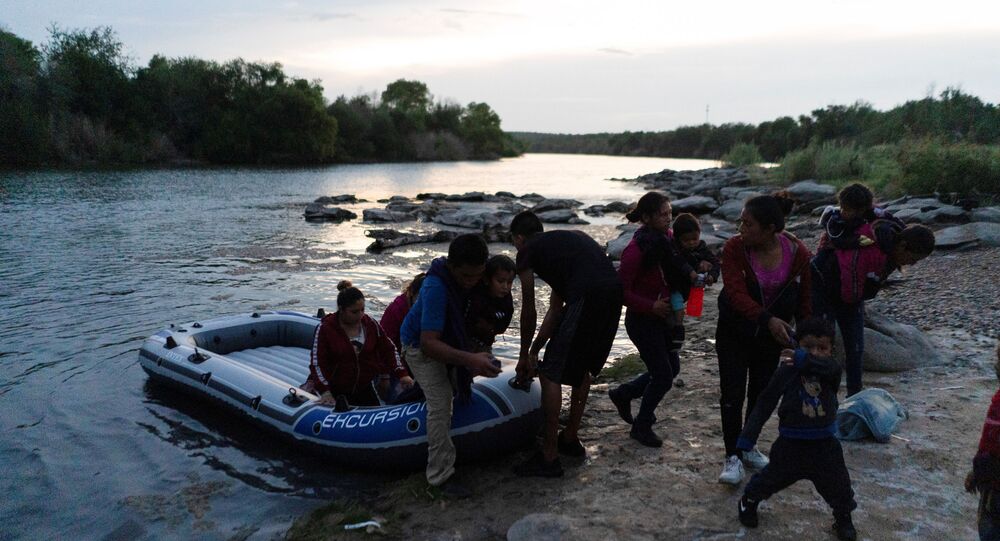 House Republican Bob Gibbs previously suggested to fellow GOP members that they impeach President Joe Biden over the latter’s purported failure to stem the tide of illegal migrants attempting to cross the nation’s southern border. In July alone, 210,000 such crossings were registered.

House Republican Andy Biggs has announced plans to impeach the head of the Department of Homeland Security, Alejandro Mayorkas, accusing him of failing to handle the illegal immigration crisis along the country’s southern border and endangering the lives of Americans.

“Secretary Mayorkas is a threat to the sovereignty and security of our nation […] Under his direction, DHS is systematically releasing COVID-19-positive aliens into our communities, subjecting the American people to unnecessary and avoidable risks”, Biggs stated.

According to the GOP lawmaker, Mayorkas “refused” to maintain operational control of the border thus enabling illegal migrants, some of whom might be infected with COVID-19, to freely enter the country. Biggs added that by doing so the DHS chief had failed to “faithfully uphold his oath” to protect the US and the security of the country.

And Biggs is not alone in his plans to hold the Biden administration accountable for what is happening along the border with Mexico, where migrants from Central America rushed soon after the new president’s inauguration. The latter rescinded many of Trump’s anti-immigration policies on day one of his administration. Another House Republican, Chip Roy, earlier suggested impeaching both Mayorkas and President Biden on the grounds of failing to deal with immigration.

“Over the past several months, President Biden and Secretary Mayorkas have blatantly and consistently refused to do their constitutional duty to take care that the immigration laws be faithfully executed, as required by Article II, endangering countless American and foreign lives in the process”, Chip Roy said on 3 August.

Another GOP member, House lawmaker Bob Gibbs proposed that fellow Republicans impeach Joe Biden: for both failing to deal with the surge of illegal immigration and for extending the eviction moratorium in violation of an earlier Supreme Court verdict that suggested it was illegal for POTUS to do so.

“The rule of law, the separation of powers, and the limitations of executive authority are not just talking points conservatives and Republicans use on the campaign trail. When we see clear violations of the oath entrusted in elected officials, it is time to consider our constitutional duties”, Gibbs said in an interview with The Daily Caller.

As many as 210,000 illegal migrants entered the US in July alone and the overall count for 2021 threatens to break records not seen in decades. The Biden administration tried to downplay the problem for months refusing to call it a “border crisis” unlike many Republicans. President Joe Biden dismissed allegations by his political opponents that the surge in illegal migrants is linked to him rescinding Trump’s executive orders on immigration. 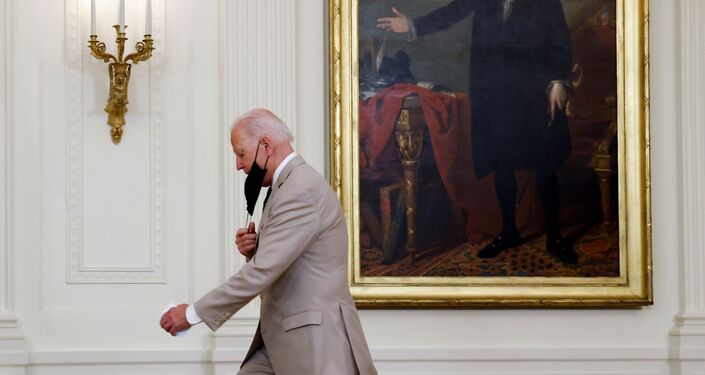 Biden called on the migrants not to come to the US and vowed to deal with the root cause of the phenomenon – by ending poverty, violence, and resolving the consequences of natural disasters in Central America. GOP politicians often castigate Biden for not testing migrants for COVID-19 in sufficient numbers and releasing them into US communities. Yet, the current administration in fact continues to use Title 42 of US immigration law that allows the American government to remove individuals who have recently been in a country where a communicable disease was present – a practice launched by Trump in 2020. The Biden administration also recently resumed the practice of expedited relocation of illegal migrants to their home countries, if they failed to receive asylum in the US and cannot be expelled under Title 42.

Dwayne Johnson Tears Down His Gate Due to Power Outage – Video