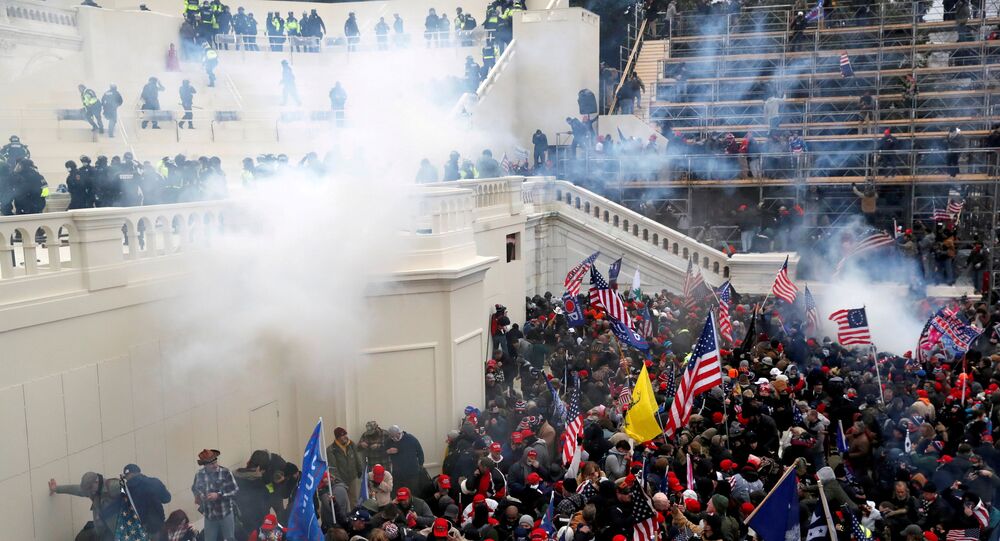 The FBI and the DHS have been routinely reporting alleged threats from “domestic extremists” – the term the two applied to the pro-Trump demonstrators who besieged the Capitol on 6 January, and have been using to name other pro-Trumpers purportedly calling for violence or believing the ex-POTUS was robbed of electoral victory in 2020.

The Department of Homeland Security (DHS) has issued an internal intelligence bulletin, claiming that pro-Trump-minded conspiracy theorists and extremists have intensified their activity online and might be planning violence, ABC News has reported, citing the document.

According to the bulletin, the said individuals have been influenced by a new round of conspiracy theories that purportedly spread beyond the boundaries of their regular audience and which are claiming that Trump will return to the Oval Office in August. The DHS document reportedly expects these people to turn violent if such a scenario does not come to fruition.

“Over the last few days […] there’s been much more public visibility, meaning the discussions and these theories have migrated away from being contained within the conspiracy and extremist online communities. […] Some conspiracy theories associated with reinstating former President Trump have included calls for violence if desired outcomes are not realised”, the document reportedly said.

The Department of Homeland Security is reportedly seeing “an increasing but modest level of activity” from netizens calling for violence should Trump not regain the presidency in the near future. But, at the same time, the bulletin ostensibly reveals that the department has no “information on specific plots or planned actions”.

This fact didn’t stop the department from purportedly expecting this violence to erupt in August, noting that it doesn’t have the “luxury” to wait and look for evidence on specifically planned violence. Furthermore, the Department of Homeland Security allegedly fears that “lone offenders and small groups of individuals” could engage in violent acts with “little-to-no warning”. 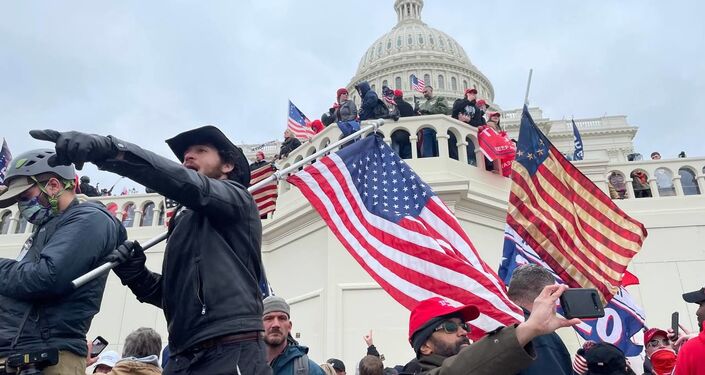 The report comes as the DHS, as well as the FBI, have been warning about potential violence coming from “domestic terrorists” for months. The term itself was largely used by law enforcement and politicians to describe the participants of the 6 January riots, when pro-Trump demonstrators stormed and ransacked the US Congress building seeking to overturn the electoral defeat of their idol. The ex-president’s supporters are notably planning to reconvene once again for a gathering in Washington, DC, near the Capitol on 18 September, the pro-Trump group Look Ahead America announced on 6 August. It is so far unclear if Trump will attend the event.

‘That Was Litigated’: Psaki Grilled on Sexual Harassment Claims Against Biden Amid Andrew Cuomo Row

‘Race and the Cosmos’: New US University Course Merges Astronomy With ‘History of Race’