The archaeologist who has been heading the expedition at Gath for 25 years previously theorized that the city’s massive walls had served as inspiration for the legend of Goliath.

A team of archaeologists working at the ruins of the ancient Philistine city of Gath has apparently managed to gain new insight into the nature of the city’s demise at the hands of Aramean king Hazael centuries ago, Haaretz reports.

Currently known as Tell es-Safi, Gath is believed to the hometown of the biblical figure Goliath, and was “one of the main city states of the Philistines” until it was destroyed by Hazael’s forces circa 830 BC.

According to the newspaper, while archaeologists had already found plenty of evidence of “the siege and destruction inside and outside the city respectively,” they hadn’t been able to find traces of the place where the Arameans managed to breach the city’s defences.

In their quest, archaeologists focused their efforts on the so-called “water gate”, a narrow access that “was used to reach the local well and the small seasonal stream that ran outside Gath.” 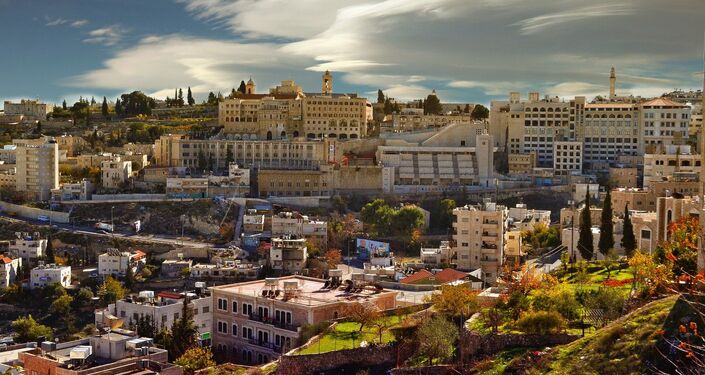 “Since this was the lowest part of the city and the access point to its main water source, it makes sense that this would be where the breach occurred,” said Aren Maeir, professor of archaeology from Bar-Ilan University who has been heading the expedition at Gath for 25 years.

As Prof. Jeffrey R. Chadwick, an archaeologist from Brigham Young University in Utah who was heading the excavation in that particular area explained, they were actually hoping to confirm that the Arameans breached the walls there “by finding nothing,” and, as the newspaper points out, archaeologists did indeed find “mostly empty space there.”

“There are no foundations, no brick walls, it’s like someone worked very hard to take something apart there,” Maeir remarked. “It’s a supposition, we cannot fully prove it for now, but it’s a fair assumption.”

The newspaper also notes that Maeir previously theorized that the massive walls of Gath likely served as inspiration for the legend of Goliath, as “ancient peoples often interpreted such large structures as the work of giants.”