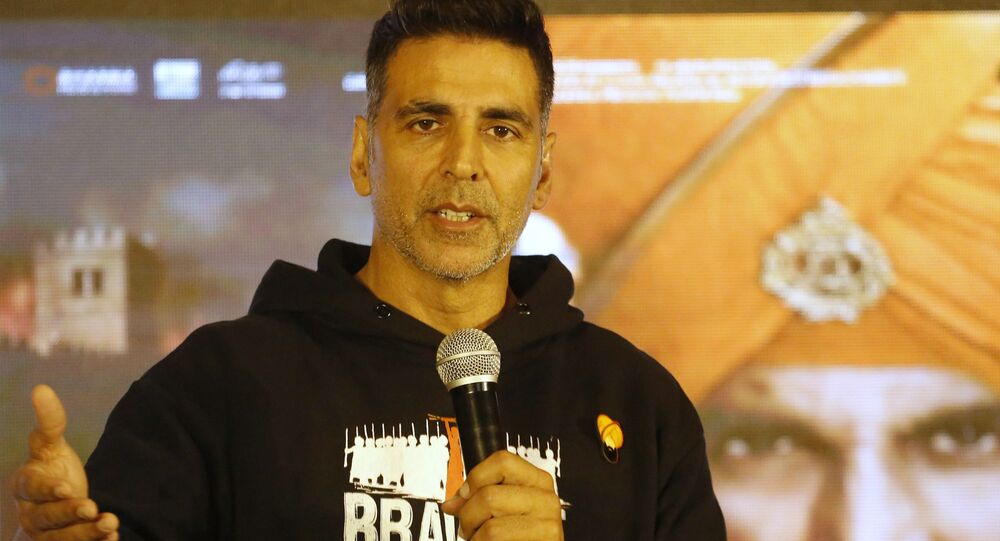 Bollywood actor Kumar’s upcoming movie ‘Bell Bottom’ is the first to be released in India since lockdowns in many states ended.

As cinemas in several Indian states reopen at 50 percent capacity with safety protocols in place, Bollywood superstar Akshay Kumar is promoting the release of his new movie “Bell Bottom.”

While the film is expected to give the industry a much-needed boost, Kumar – who plays the lead role, an undercover agent codenamed Bell Bottom who is tasked with rescuing 200 hostages on a hijacked plane – said releasing the movie during the pandemic is a risk.

“It’s a gamble, and the pressure is on everyone. Somebody has to take the risk. My producers are with me. We have taken the leap of faith and we are very confident that this is going to work,” Akshay said during the trailer launch on Tuesday evening.

“It was a tough decision to shoot 90 percent of the movie outdoors in Scotland with all safety protocols. They did something unbelievable. They are the first person in the world to shoot the movie with proper permission and safety protocol in pandemic and now releasing it on big screens.” he said.

“We have to continue to work and take care of ourselves. We can’t stop because of the pandemic. This is going to be the new normal now. Life has to go on,” the actor added.

“We are happy to be the flag-bearers in releasing films in cinemas. This is for the fraternity. Movie business is also important. But for this film especially, I feel the biggest box office is not how much money this movie has made but how it is making the way for other filmmakers to release their movies in theatres,” Jackky Bhagnani said.

Indians are excited about being allowed back in cinemas again and venues are expecting to fill all seats available.

“It doesn’t matter how many seats we put, it’s an incomplete experience when movies are not running in cinemas. Bell Bottom is breaking this dry spell in cinemas and it’s a bold step by them to release their movie despite cinema has not been opened everywhere,” said Ajay Bijli, owner of the PVR Cinemas chain in India.

“We are looking forward to movie lovers to come and fill up the seats and ensure complete safety and care,” he added, saying all cinema employees are fully vaccinated.

‘Unprecedented’, Say Environmentalists After Lightning Kills 27 In One Day In India’s West Bengal