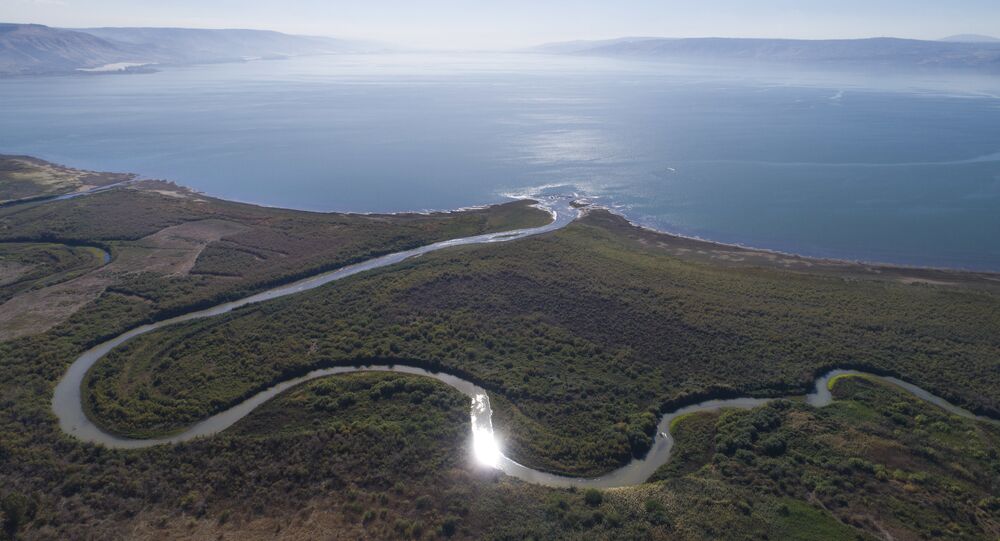 Since 1967, Palestinians in the West Bank have been legally barred from sinking their own wells without a permit from the Israeli military, forcing them to buy water at inflated prices from Israeli water providers.

Twitter users are calling attention to the truth behind Israel’s water management system after the State of Israel’s official Twitter account posted a video boasting of its skill in the field.

“Over the years, Israel has had to develop technologies and methods in order to preserve, conserve, and protect their water supply for the benefit of their people,” the video’s host says.

​The claim that Jewish settlers “made the desert bloom,” as former Israeli Prime Minister Levi Eshkol put it, is both a long-standing theme of Zionism and a cornerstone of Israel’s public diplomacy talking points. However, this time, Twitter users weren’t falling for it. They began to point out the other side of the story – the one where Israel deprives its neighbors, as well as Palestinians under its rule, of an equivalent amount of water.

“‘Drawing water out of thin air’ is an interesting way of saying ‘cutting off Palestinian communities from aquifers and diverting that water to illegal settlements,’” one user wrote.

“By stealing Syria’s Golan Heights, rich in water, oil and occupied illegally since 1967,” replied journalist Richard Medhurst, who noted that as much as one-third of Israel’s water supply comes from the Golan, an area of highlands giving Israel control over parts of the Yarmouk River, most of the Jordan River and the entire Sea of Galilee.

“By maintaining an apartheid system where settlers water their lawns while Palestinians are parched,” was the reply by Ariel Gold, national co-director of anti-war activist group Code Pink.

Political cartoonist Carlos Latuff replied with a drawing showing a water pipe delivering a slow drip to a Palestinian pail while an Israeli bather’s bathtub overflows with water.

​As Latuff’s cartoon notes, Amnesty International has condemned Israel’s “discriminatory” water practices, calling it in 2017 one of the “most devastating consequences” of Israel’s “50-year occupation of the Palestinian territories.”

According to the nongovernmental organization, in November 1967, months after Israel captured the West Bank, Gaza, Sinai, and Golan Heights in the Six-Day War, Tel Aviv issued Military Order 158, which said Palestinians could not construct any new water installations without first being given a permit by the Israeli Defense Forces.

“While restricting Palestinian access to water, Israel has effectively developed its own water infrastructure and water network in the West Bank for the use of its own citizens in Israel and in the settlements – that are illegal under international law,” AI further noted. “The Israeli state-owned water company Mekorot has systematically sunk wells and tapped springs in the occupied West Bank to supply its population, including those living in illegal settlements with water for domestic, agricultural and industrial purposes. While Mekorot sells some water to Palestinian water utilities, the amount is determined by the Israeli authorities.”

“As a result of continuous restrictions, many Palestinian communities in the West Bank have no choice but to purchase water brought in by trucks at a much high prices ranging from 4 to 10 USD per cubic metre. In some of the poorest communities, water expenses can, at times, make up half of a family’s monthly income,” the report continued.

Last month, Bassam Sawalhi, an engineer with the Jerusalem Water Undertaking, told Al Jazeera that some Palestinian villages in the West Bank only get water once every 15 days, and that while the average quantity of water per person used by Palestinians was already dramatically less than Israeli communities in the area, Mekorot had redirected even more of their water to the Jewish settlements.

Israeli news outlet Ha’aretz also reported last month that in the wake of the 11-day war in Gaza in May that left 254 Palestinians and 13 Israelis dead, the isolated territory has been unable to carry out urgently-needed repairs to its already-fragile water system due to Israeli rules about what equipment can enter. Israeli human rights NGO B’Tselem noted last year that due to widespread contamination and almost-nonexistent treatment facilities, 96.2% of household water pumped from Gaza’s only aquifer is unfit for human consumption, and 40% of the water that is pumped is lost due to crumbling infrastructure.

Hamas Ready for Negotiations With Israel on Prisoner Exchange