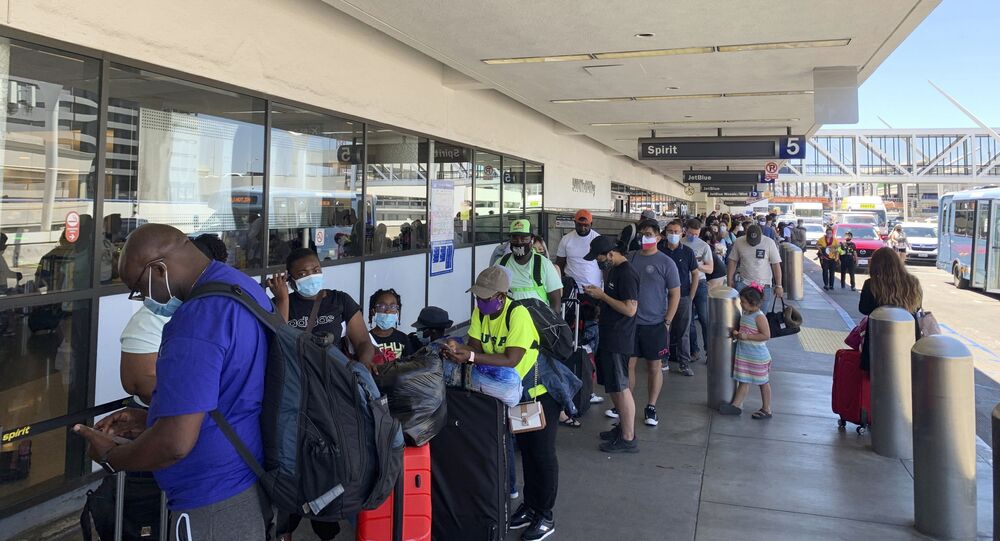 The low-cost airliner has been undergoing severe operational setbacks over the last several days that have left thousands of passengers stranded without any indication that a solution from the company is in sight. It’s unclear when the situation may truly be remedied.

Ultra-low-cost American airliner Spirit Airlines has marked another day of hardship after it was forced to cancel the majority of its scheduled flights on Wednesday as a result of staffing shortages and outages that have riddled the company’s system.

Figures provided by flight tracking service FlightAware have indicated that Spirit Airlines called off some 60% of its scheduled flights, a tally that accounts for the majority of canceled flights within the US on Wednesday.

The latest cancellations come on top of scrubbed flights that have been ongoing since at least Sunday, when passengers were starting to endure setbacks that were brought on by weather-related delays, technology outages and staffing shortages.

In fact, Sunday saw about 60% of Spirit Airlines’ flights canceled, with another 42% of flights called off that following Monday. On Tuesday, another 61% of scheduled flights were a no-go.

Pentagon Chief: ‘I Will Not Lose One Minute of Sleep’ Over What Russia & China Say About US Military