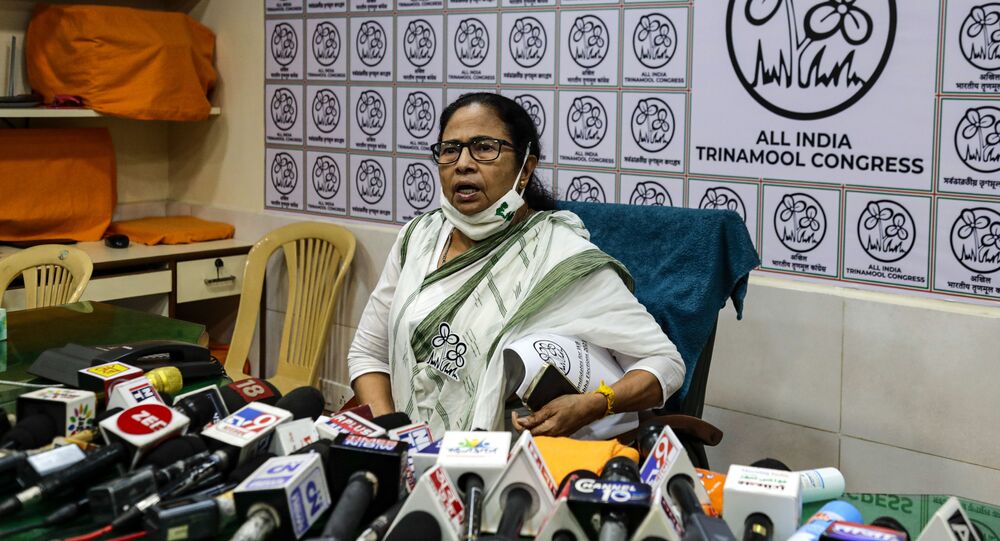 The recent social media posts by Banerjee’s party Trinamool Congress (TMC) suggest the party is taking on Prime Minister Narendra Modi’s BJP on all fronts, and is mounting a serious challenge for the 2024 general elections.

Indians want to see mother Durga to destroy the demon of misrule government.@MamataOfficial You go ahead we are with you#SachheDin#AbkiBaarDidiSarkar pic.twitter.com/p0vPfMaeFf

​The latest messages posted by TMC have primarily attacked Modi’s 2014 and 2019 election campaign slogans. One of the posters reads: “This time Banerjee’s government.” It was posted in response to the BJP’s 2014 parliamentary elections slogan: “This time Modi’s government”.

Another hashtag trending on social media is “#honestdays,” coined in reaction to another of the BJP’s past electoral slogans — “Good days are around the corner.”

Similarly, another poster reads “Bengal Model,” which is a take on the BJP’s constant evocation of the “Gujarat Model” – used to convince voters that their state will develop in the same positive way as Gujarat.

Modi was the state chief of Gujarat from 2001 to 2014. During the 2014 parliamentary elections and other state elections, the BJP hailed Gujarat as one of the successful states in terms of development and safety for women.

Speaking to Sputnik, Debangshu Bhattacharya, a youth TMC general secretary, said, “People connect themselves in such catchphrase. Often, these jingles and slogans are a test of any party’s ability to gauge the nation’s mood. A good slogan can bring together people usually separated by religion, region, caste and language.”

During the West Bengal state assembly election held in March and April, Bhattacharya started using the Bengali song “Game On” to promote the TMC, and it became the party’s unofficial anthem.

Modi and Banerjee both used the term “Khela Hobe” to challenge each other in their political rallies.

“We will also launch the Hindi version of Khela Hobe in 2023,” Bhattacharya said. “Modi promised good days, but I promise honest days. People need to have a transparent government, which I can bring,” she said.

‘Indian-Americans Taking Over US’: American President Joe Biden On his ‘Incredible’ Team

Disruption of Health Services in India to Lead to Highest Loss of Life in South Asia, UN Report Says