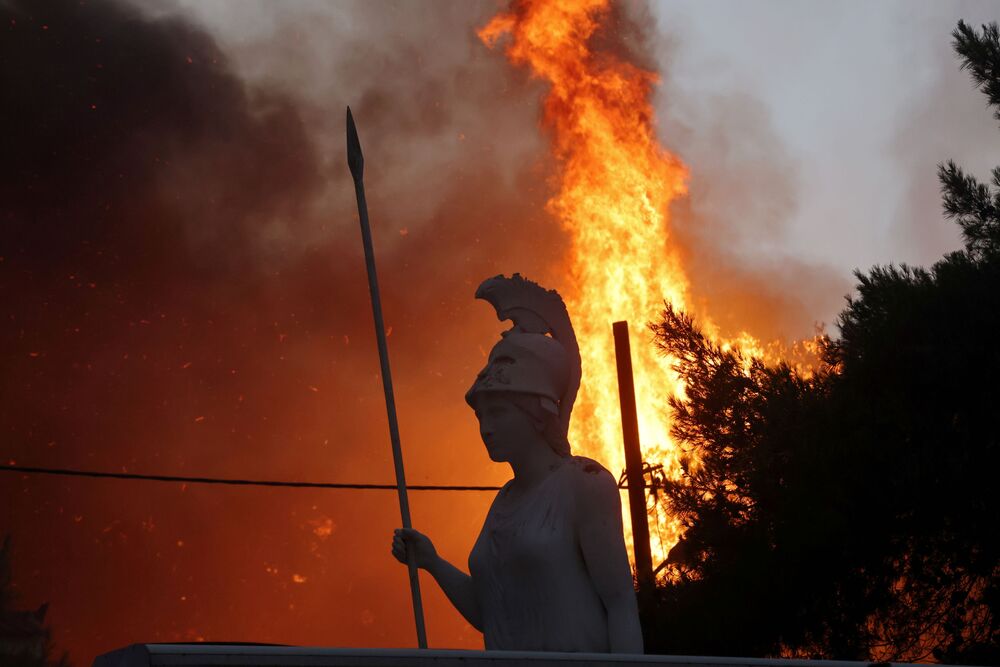 Fires broke out in the woodlands at the foot of Mount Parnitha near Athens. The roads were blocked, and hundreds of people living in the area were evacuated.

On Tuesday, 3 August, wildfires broke out in several villages north of Athens, caused by abnormal heat.

Due to the fires, the highway linking Athens with North Macedonia has been blocked. The situation is complicated by the weather; since the beginning of last week the country has been experiencing 40-degree heat. According to forecasts, the abnormally high temperatures will last another 12 days.

The Greek authorities urged the population not to leave their homes, especially for pregnant women and the elderly. Cooling centres have been opened for the homeless on an emergency basis.

Greece, due to its Mediterranean climate, experiences long dry summers with extremely high temperatures, especially during the months of July and August. The country, as a result, regularly suffers from devastating forest fires. In 2018, the Attica wildfires claimed the lives of 102 people.

Venice Hit by Heavy Floods for Second Year in a Row

Hottest Time of the Year: Miami Swim Week Kicks Off in Florida