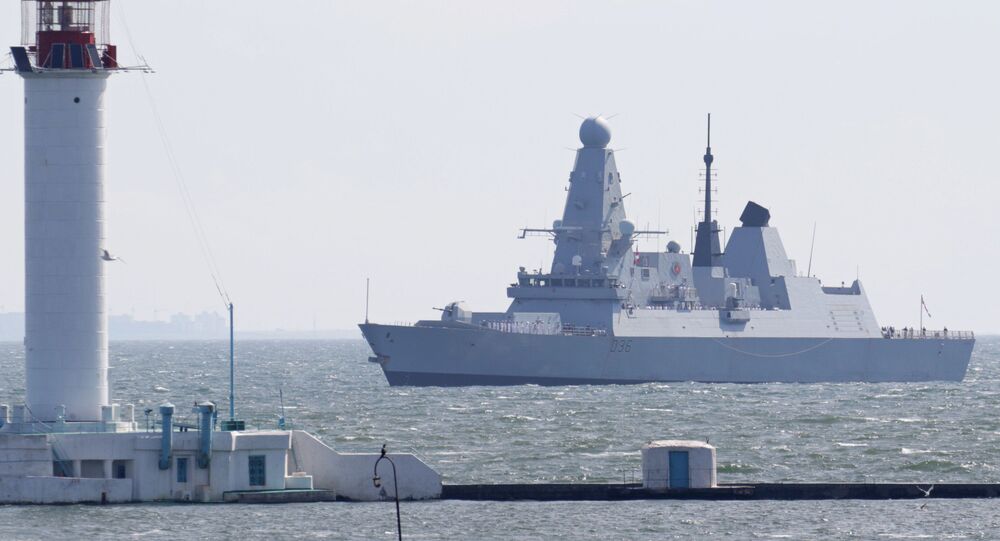 On 27 June the BBC reported that a member of the public had discovered classified MoD papers at a bus stop in Kent, dated 21 June, purportedly offering an analysis of the potential consequences of deliberately sailing a warship through Russian waters off Crimea. The MoD subsequently admitted that the sensitive documents had been lost.

The senior civil servant who mislaid a bundle of sensitive British Ministry of Defence (MoD) documents dated 21 June, found by a member of the public at a bus stop in Kent, has been identified for the first time, reported The Times.

At the time of the embarrassing incident in June, Angus Lapsley, 51, had been on temporary transfer to the MoD from the Foreign, Commonwealth and Development Office (FDCO).

Lapsley held the position of director-general at the MoD, responsible for defence policy on NATO and the Euro-Atlantic area. At the Foreign Office he was believed to have been director for defence, international security and south-east Europe from 2017 until 2019.

He has since had his security clearance suspended and is currently back at the FDCO.

“The individual concerned has been removed from sensitive work and has already had their security clearance suspended pending a full review,” the Foreign Office was cited as saying.

A written statement to parliament from the MoD last week said that “there was no evidence of espionage” pertaining to the incident and all the classified material had been recovered with “no compromise of the papers by our adversaries”.

‘No Excuse’ for Such a Blunder

While a final decision regarding whether to discipline Angus Lapsley is yet to be made, concerns have reportedly been raised in the Ministry of Defence over the civil servant’s continued employment.

Angus Lapsley had been tipped to be UK ambassador to NATO, according to government sources. Despite the grave nature of his blunder, it was added that there was a chance for him to be “rehabilitated”.

“There are some people who are asking ‘Why has he kept his job?’ His own stupidity has been very damaging… I can’t see a scenario where he will [be given the ambassador job]. You would need to have access to certain documents. However, there is a chance for him to be rehabilitated,” a government source was cited as saying.

Sir Iain Duncan Smith, the former Conservative leader, was cited by The Telegraph as saying there was “no excuse” for a civil servant to take such sensitive documents home. “The message should go out very strongly that the days of taking papers home are long gone,” he said.

Other government sources were cited as wondering whether lack of public sanction for Lapsley might make penalising junior employees for similar mistakes harder. “It used to be the case that people would be hung out to dry for something like this,” added a source.

On the fateful day in June Lapsley misplaced 50 pages of documents which are believed to have fallen out of his bag. It was then that they were spotted by a member of the public behind a bus stop and handed to the BBC after their sensitive nature was discovered.

Although most papers in the trove were marked “official sensitive”, which is a low level of classification, one addressed to the Defence Secretary’s private secretary was marked “Secret UK Eyes Only”, says the outlet.

Documents of this level are not allowed to be taken from government buildings unless properly logged out and securely stored, said a Whitehall source.

Among other issues, the documents are cited as containing details pertaining to the Royal Navy’s decision to purposely sail its warship HMS Defender through Russian waters off Crimea.

Leader of Scotland’s Conservatives Opposes US Chicken and Beef Imports