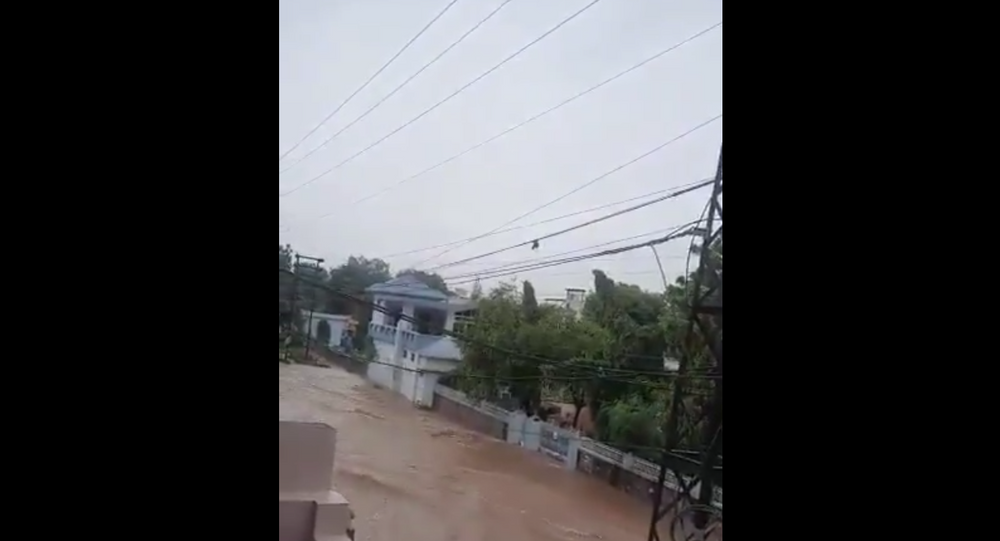 India’s torrential seasonal monsoon rains have caused floods in several states. In the western state of Maharashtra, at least 200 have died, while over 300,000 have been displaced due to incessant rains in the eastern state of West Bengal.

At least two people died when a wall collapsed on them in the Indian state of Rajasthan’s Bundi district on Wednesday morning; five others reman trapped under the debris, local media reported.

Local authorities are carrying out rescue efforts to bring the people out safely.

Rajasthan has been facing heavy rainfall for the past 24 hours, which has triggered a flood-like situation in several districts. Over 40 villages were flooded after the Chambal River barrage was opened as the water level crossed the danger mark.

Meanwhile, taking stock of the situation, Rajasthan State Chief Ashok Gehlot has instructed the National Disaster Response Force (NDRF) to carry out rescue work. He added that the Indian Army will be pressed into action if the situation worsens.

“In Dholpur, the Chambal River is flowing above the danger mark due to heavy rains. It is an appeal to the general public to be careful and inform the administration immediately if there is a problem,” Gehlot stated on Twitter in Hindi.

In a separate incident on Tuesday, three children died after two vehicles were swept away in strong water currents in the State.

The India Meteorological Department (IMD) has issued warnings of moderate to heavy rains in the eastern part of the State. A red alert has been issued for Kota District, one of the most famous education hubs in the country.

Has India Given a Strong Message to China as Prominent Tibetan Leader Meets US State Sec. Blinken?