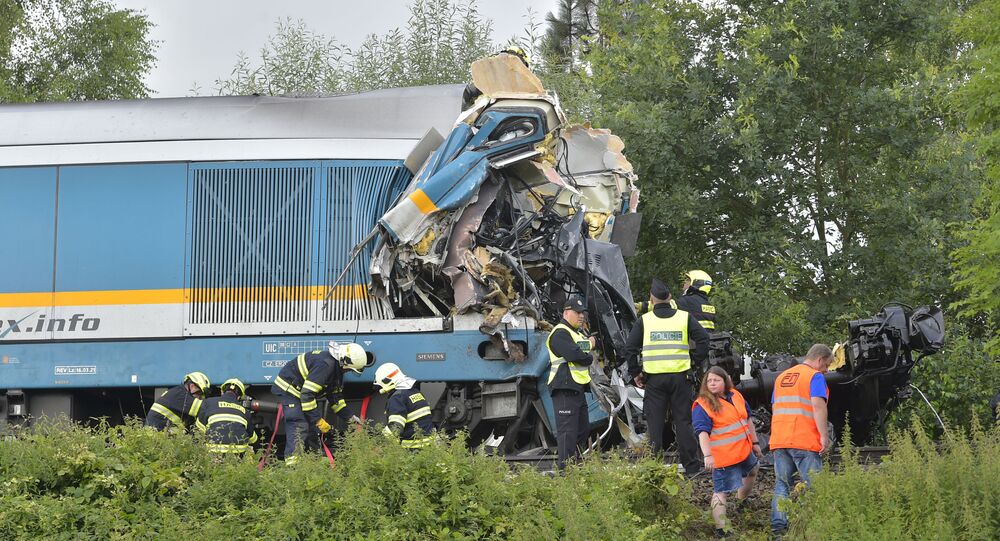 PRAGUE (Sputnik) – A train collision near the Czech town of Domazlice was likely to have been caused by the operator of the EX 351 express train, headed from Munich to Prague, who did not comply with a stop sign, Czeck Transport Minister Karel Havlicek said on Wednesday.

Earlier in the day, two trains collided in the Czech Republic’s southwest, resulting in two people dead — both of them train conductors — and 52 others injured.

“It seems that the express was supposed to halt before the hanging ‘Stop!’ sign, but he did not stop, kept going and collided with the passenger train. All of the equipment was functioning, but you cannot fully prevent a human mistake,” Havlicek told journalists.

According to the country’s chief railway safety inspector, Jan Kucera, the cause of the accident will be specified later in the day.

“We are now looking into the details of the accident. At the moment, we cannot rule out either an operator’s mistake or a technical issue. We will no more in the second half of the day,” Kucera told reporters.

Czech news website Idnes reported that the operator of the EX 351 was a German national with sufficient experience.

Not Over Yet? French MEP Says Brexit Deal May be ‘Modified’ if EU Parliament Finds it ‘Lacking’