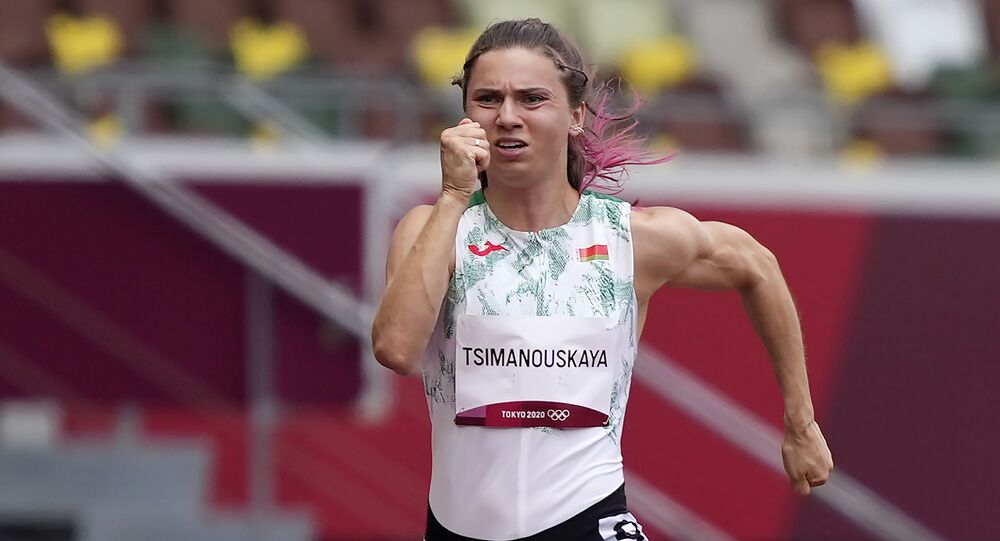 VIENNA/WARSAW (Sputnik) – Belarusian Olympic sprinter Kristina Timanovskaya plans to leave for Warsaw upon her arrival in Vienna, Harald Soros, a spokesman for the Austrian Interior Ministry, said on Wednesday.

“According to our information, she [Timanovskaya] wants to go to Warsaw during the day, even today,” Soros said, adding that the Belarusian athlete “will be taken to a safe transit area, where she will be monitored by our [the ministry] employees” upon her arrival from Japan.

The athlete still can change her plans, Anatoly Kotov, a member of Belarus’ opposition National Anti-Crisis Management movement and a former secretary general of the National Olympic Committee, told Sputnik.

“Now, the plan is that she [Timanovskaya] will depart from Vienna to Warsaw. But [the plan] may change once again,” Kotov said.

The scandal around Timanovskaya erupted last week. The athlete was supposed to take part in the women’s 100m and 200m sprints at Tokyo Olympics. However, her coaches decided to involve her in the 4 x 400m relay as well after two Belarusian athletes were found to be ineligible to compete due to insufficient drug testing. The sprinter criticized the decision on social media, as she was not ready to take part in this competition.

Afterward, the National Olympic Committee of Belarus said that the coaching staff of the Belarusian athletics team decided to send the sprinter home due to her emotional state. Timanovskaya said the Belarusian authorities “forcibly” tried to make her return home, adding that she will seek asylum in Europe.

Polish Deputy Foreign Minister Marcin Przydacz said on Monday that Timanovskaya was granted a Polish humanitarian visa. Back then, Kotov told Sputnik that the sprinter was likely to arrive in Warsaw on Wednesday. However, earlier this day the athlete changed her plans and left for Austria.