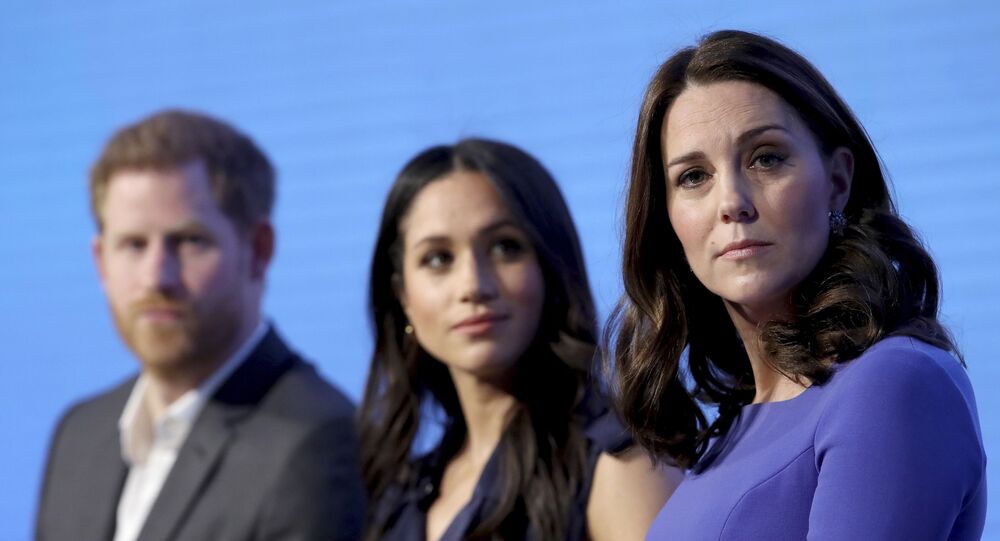 The 4th of August is a special day for the Duchess of Sussex Meghan Markle, who shares a birthday with 60-year-old former US President Barack Obama and the late Queen Mother, who would have been 121.

The British royal family has paid their social media dues, wishing Meghan Markle a happy birthday on Wednesday. The messages came from the official Twitter accounts of the Duke and the Duchess of Cambridge as well as the Royal Family page.

​The Internet responded to Markle’s 40th birthday in various ways, with social media users responding to the royal family’s messages, both welcoming and criticising them.

Some thought that Twitter birthday wishes were a nice gesture on the part of Prince William and his wife Kate, while others noted that mentioning someone’s age may not be the best of ideas.

Once again, William & Catherine proving their class & grace – rightly known as the assets to The Royal Family! 👏❤❤❤ pic.twitter.com/EvXdyENZCy

She will not be happy with this tweet, cause you have mentioned her age**😳

You could just wish her happy birthday in privat. This is not rising above for me, sorry.

Oh if those kids trod on that train 😂

Neither do you but here we are. pic.twitter.com/s2EyCstMeB

​Meghan Markle, who married Prince Harry in 2018 and has since moved to the US in a controversial break with the royal family, shares her birthday with the Queen Elizabeth’s late mum, The Queen Mother.

​Another public figure who shares Meghan Markle’s birthday is the former President of the United States, Barack Obama.

This year, he will reportedly celebrate his 60th birthday at his multi-million dollar home in Martha’s Vineyard, Massachusetts. On Monday, White House Press Secretary Jen Psaki said that Mr. Obama’s party, an outdoors event and in a “moderate zone” of Covid-19 cases, would follow all local and federal health protocols.

Markle’s relationship with the British royal family has gone through ups and downs over the past couple of years. Prince Harry and Meghan Markle’s interview with Oprah Winfrey, as well as the Duke’s appearance on an Apple TV+ show and several podcasts, has already cast an unflattering light on the monarchy.

The couple have, however, named their new daughter ‘Lilibet’ after Queen Elizabeth II and have reportedly been upholding good relations with the monarch.

Number of People Arrested at ‘Kill the Bill’ Protest in London on Sat Tops 100, Police Say