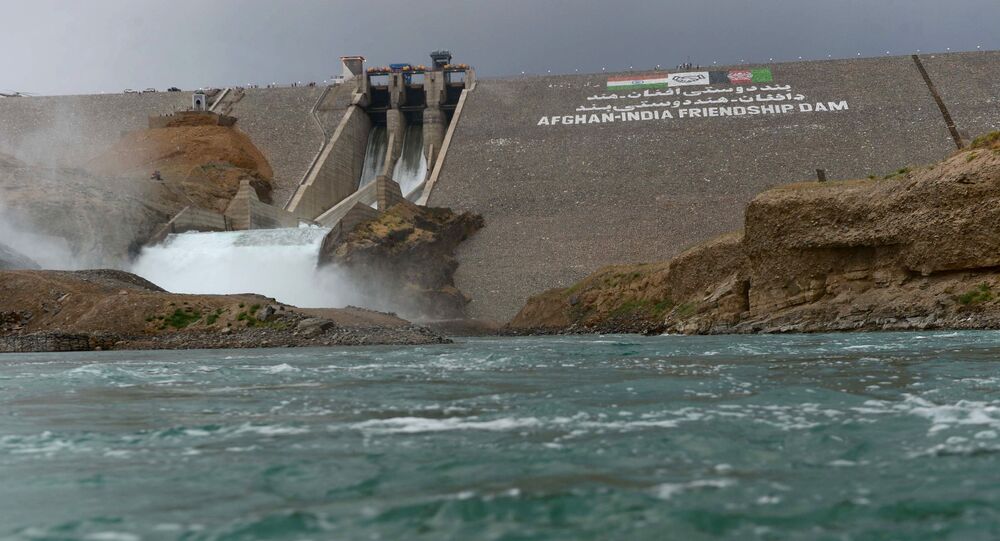 Emboldened by the withdrawal of the US forces from Afghanistan, the Taliban* has intensified its fight to gain control of key cities and border areas.

For the second time in a week, Taliban insurgents have targeted the India-built Salma Dam in Afghanistan’s Herat province. The most recent attack on Tuesday night was foiled by local security forces.

Afghanistan’s government said the insurgent group suffered heavy casualties as its fighters were met with resistance.

Four days ago, the first attempt by the Taliban to sabotage the country’s largest dam was also thwarted by Afghan forces.

Herat has witnessed heavy fighting in the past week with the insurgents capturing and executing Army Commander Colonel Abdul Hamid Hamidi and five of his security guards on 30 July.

​Salma Dam, a 42 MW hydroelectric and irrigation project on the Hari River, was renamed the Afghan-India Friendship Dam. Funded and built by India on the request of Prime Minister Narendra Modi in 2016, it cost $290 million.

As violence has escalated in Afghanistan following the withdrawal of US and NATO troops, footage has emerged showing Tuesday’s attack on the residence of the country’s Defence Minister Bismillah Mohammad.

Video shows the property in ruins after it was bombed by the Taliban. The government confirmed that the minister and his family are safe and were not at home when it was bombed.

*The Taliban is a terrorist group banned in Russia and many other countries.