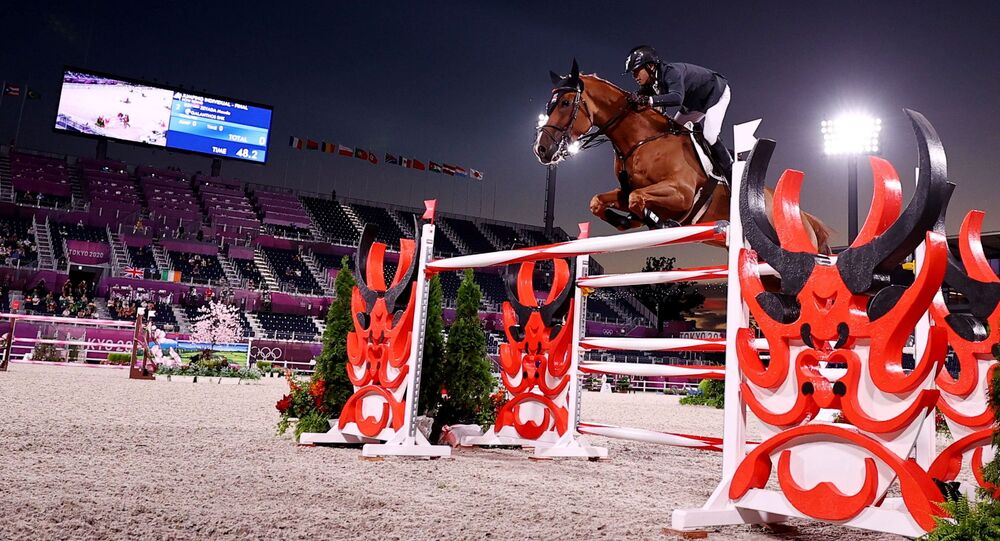 A flashy course design at the Summer Olympics in the Japanese capital surprised the riders, who were qualifying for the individual jumping final.

A life-sized sumo wrestler statue was placed near obstacle number 10 at the equestrian park at the Tokyo Olympics Games.

“As you come around, you see a big guy’s [butt],” British rider Harry Charles said as quoted by the ABC.

According to the riders that took part in Tuesday night’s Olympic jumping qualifier, the statue might have distracted several horses during qualifying for the individual jumping final.​

For all the #sumo ladies out there – the equestrian #Olympics commentator agrees with you. pic.twitter.com/MaUmc6SAIv

​The statue stands left of a jump and is facing away from approaching riders.

The Equestrian Park, where the jumping final took place, is known for being decorated to showcase elements of Japanese culture.