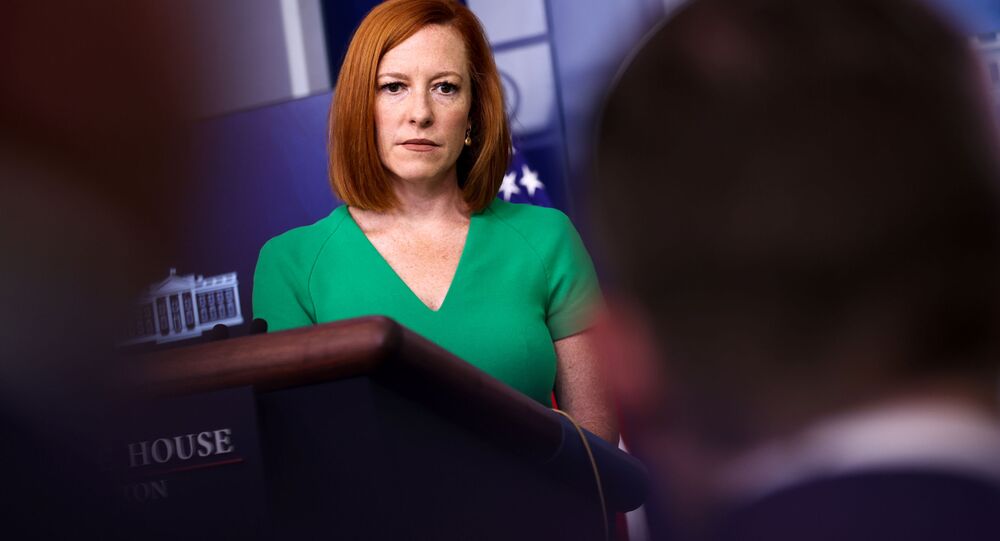 An earlier report by Politico claimed dozens of staffers who have worked with Anthony Bernal, a top aide to First Lady Jill Biden, described his “abusive” and “toxic” behaviour towards colleagues, with some suggesting he had a tendency to “trash talk” staffers behind their backs.

He may have been likened by some to Meryl Streep’s character in Devil Wears Prada, but the White House press secretary had nothing but praise for Anthony Bernal, a top aide to First Lady Jill Biden.

Bernal, a former advance and scheduling staffer in then-Vice President Al Gore’s office, has been openly referred to as a polarising figure in the White House, according to interviews with more than two dozen staffers, former campaign aides, and people who worked with him during the Obama administration, reported Politico on Monday.

While his loyalty to the First Lady was described as being “absolute”, many claimed that this did not excuse Bernal’s “berating” and “toxic” manner of treating some other staffers.

During her regular briefing, White House press secretary Jen Psaki on Tuesday attempted to deflect a question from New York Times reporter Katie Rogers regarding alleged “abusive” behaviour by the “advisor to the First Lady.”

As Rogers had noted that “the report was based on anonymous sourcing,” Psaki was quick to seize upon that as a chance to deflect, joking:

“You know I love anonymous sources.”

After the reporter pressed her further, wondering whether there was any chance this report, albeit “anonymously sourced”, be probed, Jen Psaki said it was the sort of issue that was “hard to look into.”

She proceeded to extoll the adviser’s virtues, saying:

“I’ve worked with him now over the last six months, even as a newbie into the Biden orbit, the individual named by anonymous source [sic]. He has been nothing but supportive and communicative and that’s been my experience.”

Advisor with a ‘Mean Streak’

Anthony Bernal was accused of often displaying his inherently “mean streak” in a Monday Politico report that was based on interviews with dozens of staffers who have worked with the Biden aide.

The words some people used to describe Bernal’s attitude towards colleagues were “toxic” and “berating”.
It was claimed that while immensely loyal to the First Family, he was prone to “trash talk” staffers behind their backs.

Anonymous staffers cited in the report claimed they have heard Bernal insult colleagues, calling them “stupid” in meetings. The man who wields power to grant access to the First Lady purportedly made many a staffer break into tears with his torrent of “unfiltered criticism”.

Some waxed even more creative in their descriptions of Anthony Bernal, comparing him to Meryl Streep’s character in “Devil Wears Prada” or the machinating Littlefinger in “Game of Thrones”.

During the 2020 presidential campaign and later in the White House, after Democrat Joe Biden won the election, some staffers felt the reportedly obnoxious behaviour of Bernal merited surreptitiously recording him in meetings, according to two officials cited by the outlet. None of these audio recordings have ostensibly been heard by POLITICO.

“He has a constituency of one and he’s very effective on her behalf. The problem is that no one who has worked with him trusts him, and that’s not good for him or her,” a source was cited as saying.

The report cited a White House official as defending Bernal as “warm,” “generous,” and “brilliant”, albeit “as quick with a compliment as he is with a critique.” Another added: “Even if you’re his friend, you know he’ll talk shit about you.”

Up to 16 People Reportedly Shot in Chicago Funeral Home