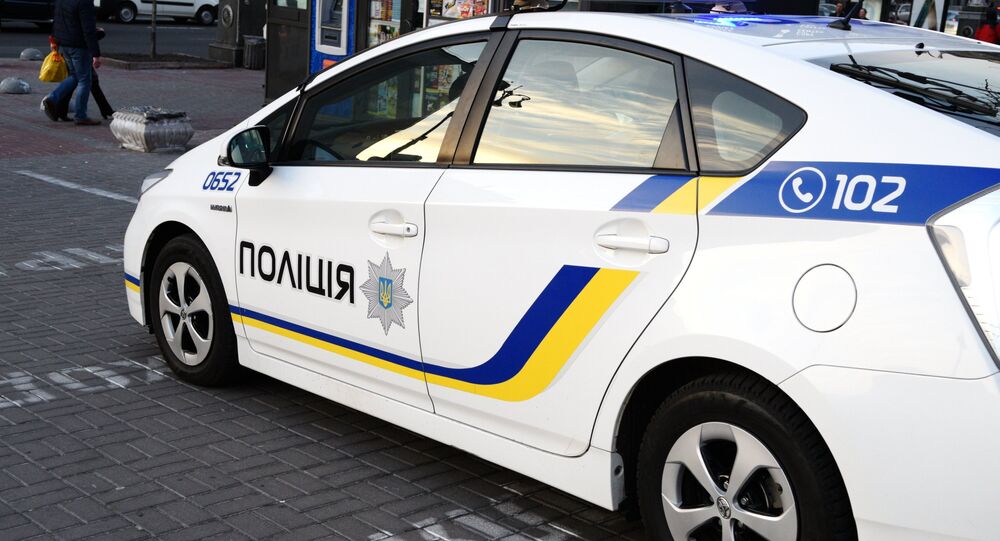 KIEV (Sputnik) – An unidentified man entered the building housing the Ukrainian cabinet of ministers in Kiev and threatened to detonate a grenade there, the broadcaster Ukraine-24 reported on Wednesday.

The man who threatened to detonate a hand grenade inside the Ukrainian cabinet building was detained, Strana.UA news outlet reported on Wednesday.

The Kiev police confirmed to Sputnik on Wednesday that an unidentified man is threatening to detonate a grenade inside the building housing the Ukrainian cabinet of ministers, law enforcement agents are heading to the site.

“The dispatch center received such information, a team is heading there. We are checking the information,” the police said.

According to Ukraine-24 broadcaster, the man acted aggressively and said he “will not get out of here alive.”

Law enforcement officers were ready to take measures in case of the man’s refusal to surrender.

“A special police operation is being carried out in Kiev. Today, at around 10 a.m. [07:00 GMT], an unidentified man entered the cabinet building and pulled out an object resembling an explosive device from his pocket, threatening to detonate it. Negotiations with the man are ongoing. Law enforcement officers and rescuers are working on the spot. If the man refuses to stop the offence voluntarily, police measures prescribed by the law will be taken against him,” the Ukrainian Ministry of Interior Affairs wrote on Facebook.

Israel to Send 3 Planes to Help Fight Wildfires in Greece