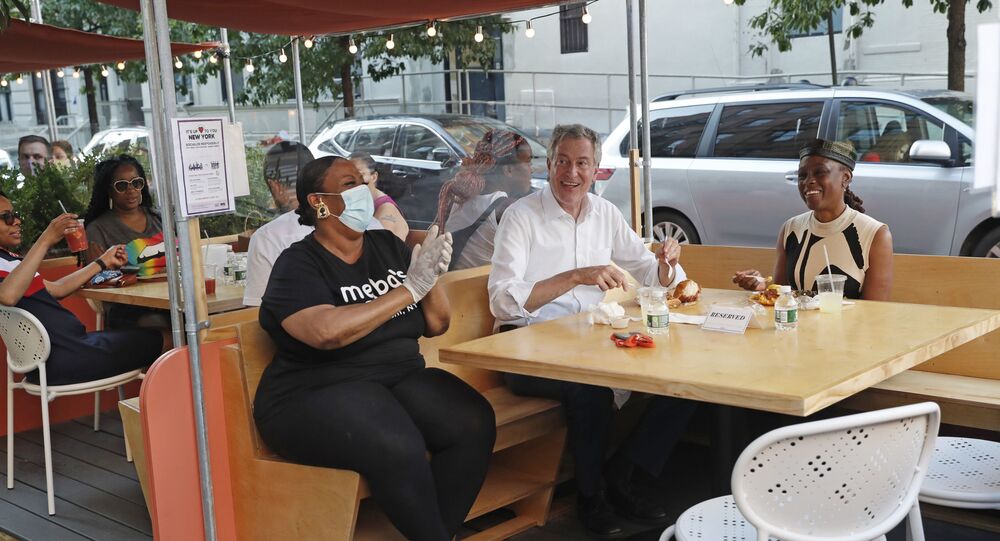 The Big Apple introduced a proof of vaccination requirement for bars, restaurants, gyms, public entertainment and other venues on Tuesday, after months of wrangling with rights groups about whether such measures might constitute a violation of citizens’ rights and privacy.

“Anyone that wants to dine indoors, or go to a gym, or do pretty much anything inside, you’ll need to present documents proving that you’ve been vaccinated. Remember, for months now Democrats insisted that all forms of voter ID [are] ‘racist’. They called voter verification, voter ID laws ‘Jim Crow of the 21st century…But apparently identification for daily activities is Democratic approved,” Hannity said on his talk show on Tuesday night.

“Something to keep in mind: There is a New York statistic that shows only 33 percent of African Americans in New York City are vaccinated…This means that under Comrade de Blasio’s rules, that would mean 66 percent, fully two thirds of African Americans will be barred from restaurants, from concerts, from venues where you have ball games, from gyms, movie theatres, all in New York City,” the host complained. 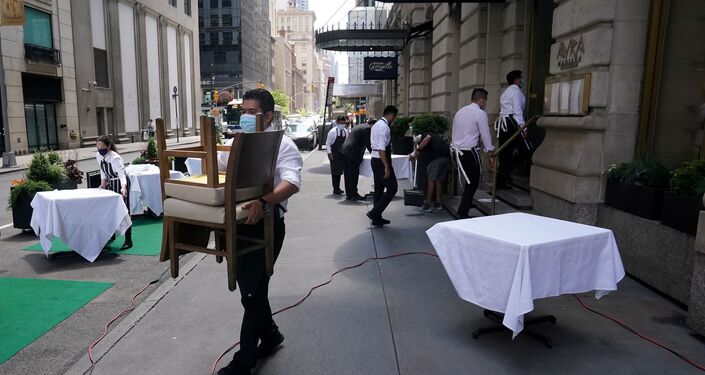 Hannity went on to ask how the new rules would apply to those with medical exemptions will now do. “Maybe your doctor says you shouldn’t get the shot, shouldn’t get the vaccine because of this rare condition or that rare condition. What about the Cleveland Clinic and following their science…They said if you have Covid, you don’t need any vaccine. And never mind medical privacy…never mind your doctor-patient confidentiality.”

The host said the new rules for New York City were just one example of “draconian measures” being implemented across the country, including the recently implemented vaccine mandates for government workers in New York and California, indoor mask mandates in some cities and among the military, etc.

“Federal officials are also calling on children as young as three years old to wear masks at all times in school. That might be task impossible,” he suggested, also recalling federal government recommendations that parents wear masks around their own children in their own homes.

Hannity suggested that the “vaccine hesitancy” expressed by some Americans that’s been criticized by the Biden administration and other senior officials is the result of all the new and contradictory protocols and regulations on masks, treatment and vaccination coming out on a daily basis.

The Big Apple was among the first major US cities to go into lockdown last year, and mayors and officials in other major metropolitan areas have looked to measures taken by New York to decide on their own coronavirus response measures. 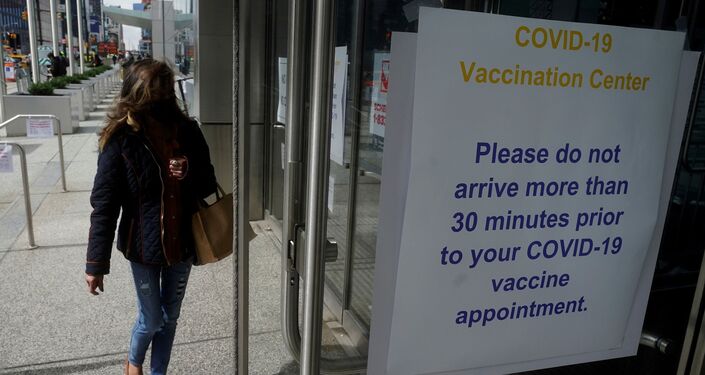 On Tuesday, Mayor de Blasio announced that the new proof of vaccination rules means patrons of restaurants, bars, and other venues will have to turn customers away if they don’t have a CDC vaccination card or vax app starting 16 August. Inspections and local enforcement of the rules will begin on 13 September, coinciding with the first week of school.

In his remarks introducing the measure, dubbed the ‘Key to NYC Pass’, de Blasio told New Yorkers that “if you want to participate in our society fully, you’ve got to get vaccinated.”

“This is a miraculous place, literally full of wonders, and if you’re vaccinated, all that’s gonna open up to you. You’ll have the key, you can open the door.” he added. De Blasio warned however that “if you’re unvaccinated, unfortunately, you will not be able to participate in many things.’

It’s not immediately clear why New York City is introducing the vaccination passport system at this stage. Over 71 percent of the city’s adult residents have already received either one or both shots of one of the approved US vaccines, in line with the federal government’s goal of inoculating 70 percent of Americans 18 or older by the 4 July holiday. That target was reached earlier this week.

Some residents and small business owners have expressed disdain for the new rules, expressing fears that the vaccine passport idea may put the final nail in the coffin of venues still struggling to dig out from last year’s lockdowns and the downturn in the economy.

Melissa Fleischut, president and CEO of the New York State Restaurant Association, complained that the government continues to make “things harder on our industry,” and warned that “we can’t take it much longer.”

‘We’ll Do Something, But Not Just Yet’: Trump Speaks for First Time After Leaving DC – Report