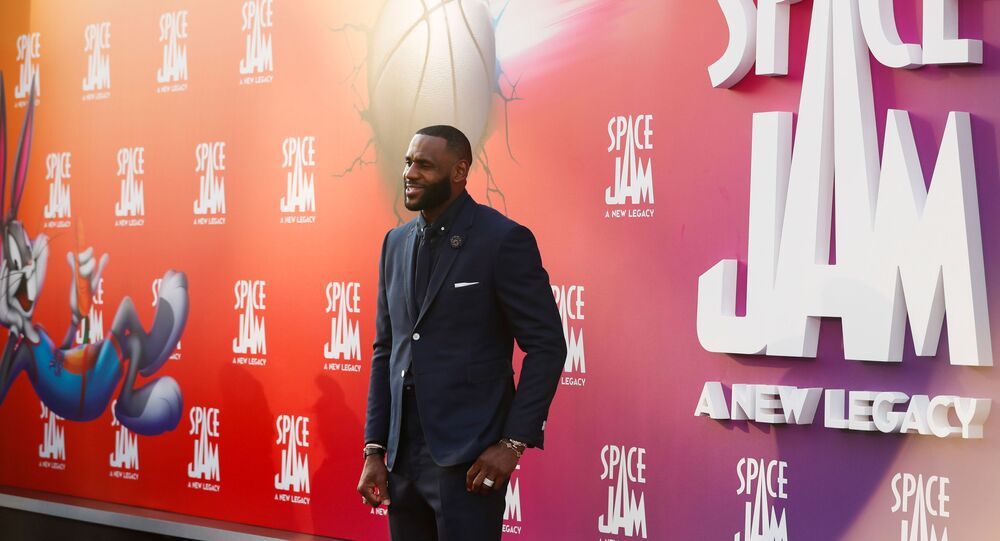 LeBron James, 36, is an iconic American basketballer who plays for the Los Angeles Lakers, a National Basketball Association (NBA) team. Many refer to him as one of the greatest basketball players in the history of the sport.

A video of LeBron James pushing an eager fan away from himself after the latter tried to approach him at an Usher concert sparked passionate discussion on Twitter on Sunday, with people trying to agree on whether the Lakers star “assaulted” the fan or was simply defending his personal space.

In a short clip filmed in the darkness of the concert, James is seen making his way through the crowd, apparently accompanied by his wife and security guards. A fan, with smartphone ready, makes an attempt to rush to his idol, but the basketballer abruptly pushes him away and continues walking.

The video was posted over the weekend and quickly went viral, drawing hundreds of users encouraged to express their opinion.

​Some suggested that James was too rude, and his actions should be considered assault. Several asserted that the fan should file a lawsuit against the celebrity.

THIS WAS SO UGLY what Lebron did. He did not have 2 put his hands on that fan. It was not wrong of the fan 2 run up 2 Lebron, hell that is what fans been doing since hes been playing. Lebron is smelling himself and think he is a god.

I know you’re just protecting yourself but that’s just a kid bro. SMH!!!

Lebron has to realize he is an icon and fans love him and to shove an admirer on video is appalling. Either come in thru the back door or wear a disguise Uncle Lebron. Either way it’s not an assault, the way the fan just rushed him. That would have been startling for anybody.

​Others argued that the fan’s behaviour was no better and pointed at how James was simply protecting his personal space.

MUCH TO DO ABOUT NOTHING. 🤦🏽🤦🏽 WASTE OF TIME.. Lebron was simply protecting his personal space/well being (bc people are crazy & will hurt you) & protecting his wife, LIKE A REAL MAN IS SUPPOSED TO DO.. 🤷🏾🤷🏾

That was absolutely nothing. That person quickly closed in on his personal space (which is a threat) and he made sure that they didn’t get any closer. Social media is crazy.

That’s not no assault when someone you don’t know running up on you with a phone in your face. He did what any man with a back bone would do when someone run up on you. Just because he has a big plat form doesn’t give no one the right to run up on him because he’s still a Man.

If I can push you away, you too close🤷🏾‍♂️

​There were those who quickly offered what they suggested were bigger problems.

I’d be more embarrassed about being at an Usher concert

​The top-tier sportsman and his management have not commented on the situation.

Earlier, the NBA star became the subject of criticism over his part in a “Space Jam” movie sequel, “A New Generation”, with people complaining that despite a high rating, the movie was targeted exclusively at families. His performance as an actor also received some backlash from netizens.

‘It is Blatant Racism’: BBC Blasted For Barring White People From Applying for Trainee Position