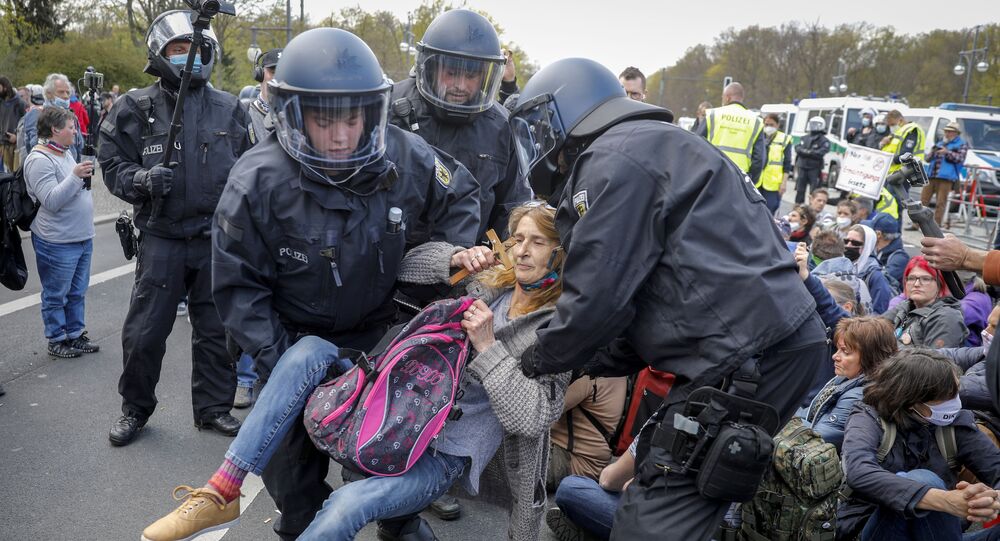 A self-described COVID-sceptic group, Querdenken, organized the Sunday demonstrations against coronavirus-related restrictions. Protests were held despite a current ban by Berlin authorities.

“As of now, nearly 600 people have been detained,” Cablitz told Sputnik late on Sunday, explaining that this includes both those temporarily detained for identification purposes, as well as people who had committed serious violations.

According to the Berlin police spokesman, over 10 law enforcement officers were injured during the illegal Sunday protest. Police forced demonstrators to disperse and blocked city streets and squares to prevent protesters from moving around and assembling into larger groups.

Cablitz estimated that the total number of demonstrators who went out into the streets of Berlin on Sunday was at or over 5,000.

Lukashenko Says Belarus Will Not Face Chaos, Civil War After of Presidential Election