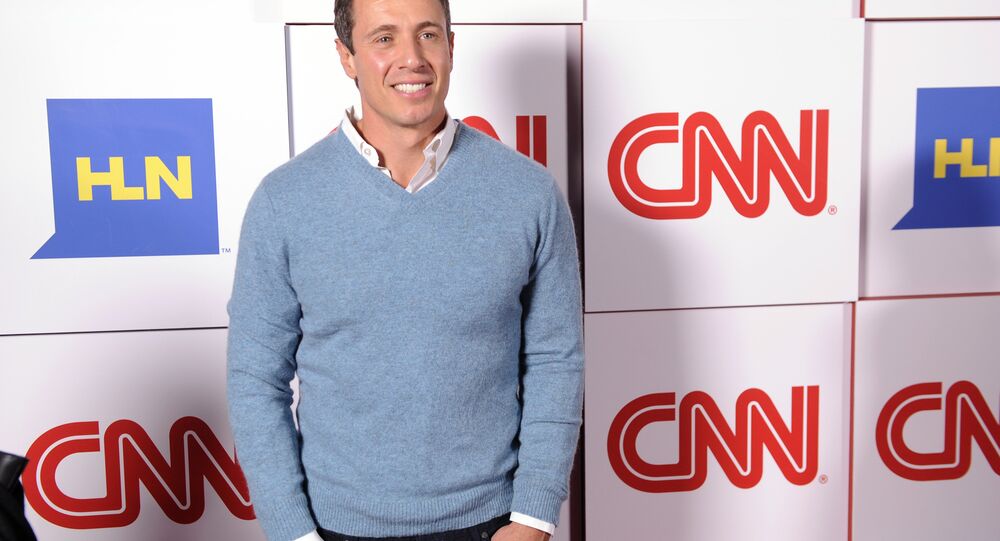 Over the course of the pandemic, the governor has been criticised for not implementing stricter safety restrictions such as the mandatory wearing of face masks or сlosing of non-essential businesses. Critics of the governor claim that his policy contributed to a high death toll in the Sunshine state.

“You have the governor saying, ‘yeah, I know it’s breaking out, I’m going the other way, don’t Fauci my Florida, no mask mandates, I’ll let the parents decide’,” Cuomo said, adding that the governor’s policy holds the country hostage to COVID-19.

Cuomo’s remark has caused a backlash. Fellow journalist Karol Markowicz from the New York Post accused the TV host of hypocrisy, reminding that Cuomo had violated quarantine last April after he himself had contracted coronavirus. He then said that Cuomo should direct his scorn at his own brother, scandal-hit New York Governor Andrew Cuomo.

An investigation conducted by The Wall Street Journal last September found that Cuomo’s decision to delay the shutdown of New York City in the United States contributed to the high nationwide death toll from coronavirus. A report conducted by the Department of Health revealed that the governor’s decision to force nursing homes to admit coronavirus patients had led to thousands of deaths among the elderly.

“Chris Cuomo should recuse himself from commenting on any other governor’s actions as it pertains to COVID. This is the same guy who got testing before anyone in New York could in the early stage of the pandemic, thanks to his brother,” Concha told FOX News Digital.

As mentioned earlier, over the course of the coronavirus pandemic, Florida governor Ron DeSantis has come under attack for what critics said was an ineffective policy against the infectious disease, which according to Johns Hopkins University has killed over 4.1 million people around the globe and more than 613,000 in the United States.

Unlike his liberal fellow governors, Ron DeSantis refrained from closing non-essential business and introduced stay-at home orders relatively late. Lack of adequate security restrictions contributed to the Sunshine state’s large number of fatalities, critics of the governor have stated. While Florida has the fourth highest death toll from COVID-19 (39,079) and is third in terms of cases (2.6 million) according to Johns Hopkins University, it’s also the third-most populous state in the nation, after California and Texas.

DeSantis’ handling of the pandemic led to a drop in his approval rating at the start of the pandemic, but later his reluctance to impose draconian restrictions led to an increase in popularity, especially among Republican voters.