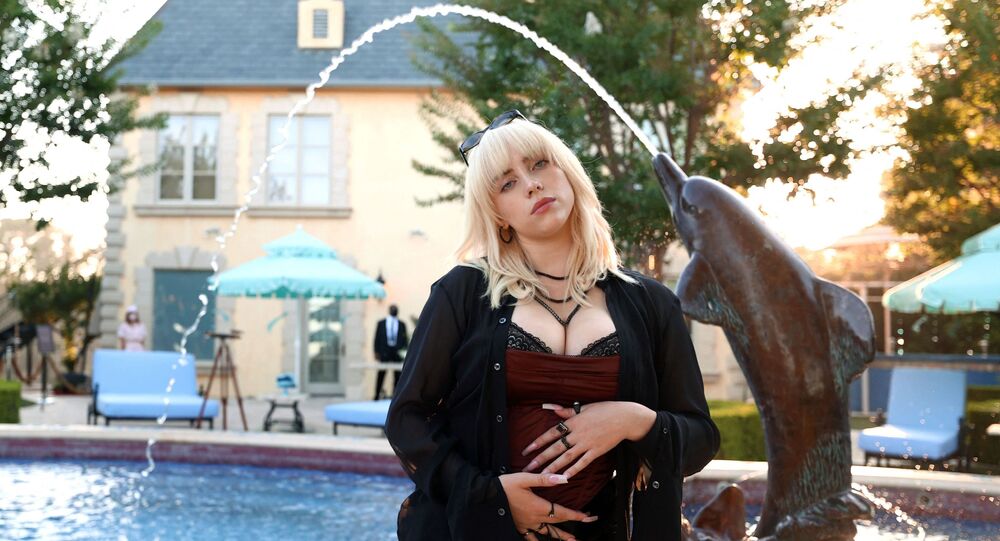 Having released her second album, ‘Happier Than Ever’, earlier in the week, American pop music icon Billie Eilish has moved to the global promotion phase, with fans excited about the new songs. However, not everyone appeared to share the sentiment.

In a new promotional video, singer Billie Eilish greeted Israeli listeners and touted her new album ‘Happier Than Ever’, with a clip shared by MTV Israel. However, her message beginning with “Hi, Israel” appeared to have triggered a wave of hate and criticism online, with netizens accusing Eilish of being “Zionist”.

“Hi Israel, I’m so excited that my new album, Happier Than Ever, is out now. Swipe up to listen it”, appeared to be the line that has put Eilish on the verge of being cancelled by some.

The teenage pop music star was bombarded with reactions online, with users, as usual, divided. While some insulted and slammed the singer, others wondered how could one use album promotional for a foreign market as a political statement.

​Some folks suggested that Eilish “educate herself”, and that it should have been “occupied Palestinian land, not Israel”. For some, the singer’s promotional clip turned out to be heartbreaking.

So Billie eilish has dedicated her new album to Israel?? I’m done with her

​A lot of netizens rose to defend Eilish, however, arguing that marketing and promotion should not be associated with politics, and accusing her critics of anti-semitism.

billie eilish didn’t do anything wrong, she just wanted her fans all over the world to enjoy her album. it doesn’t mean she supports israel nor palestine, it’s not political.

Wait… Billie Eilish said “Hi, Israel,” in Ivrit … with some translation service and that’s why everyone is mad? That’s the whole story?

​In the music industry, it is a common practice for artists to address certain countries when promoting new releases or shows. Occasionally, a savvy celebrity will speak in the local language.

Eilish has not commented on the backlash.

Ronaldo Compares Empty Stadiums During Pandemic to ‘Circus With No Clowns’