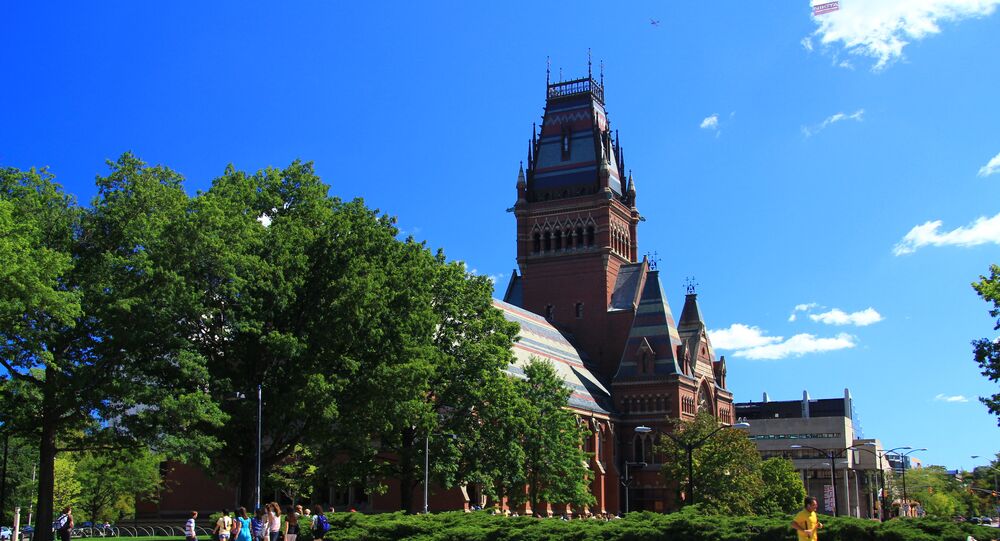 In the right corner: a Harvard professor, author of a book about testosterone, and an advocate of the idea of two biological sexes. In the left corner: the director of the Diversity and Inclusion Task Force at Harvard’s Department of Human Evolutionary Biology, suggesting that such beliefs are “transphobic”. Fight!

On Wednesday, Harvard lecturer Carole Hooven appeared on Fox & Friends, defending the use of terms “pregnant women” and “male and female”, after which she discovered herself in the crosshairs of a colleague, Harvard’s Diversity Director Laura Simone Lewis, who called her remarks “transphobic and harmful”.

In her Fox appearance, Hooven said, “The ideology seems to be that biology really isn’t as important as how somebody feels about themselves, or feels their sex to be. The facts are that there are in fact two sexes — there are male and female — and those sexes are designated by the kind of gametes we produce.”

Her argument sparked ire from Lewis, who tweeted that she was “appalled” with the statements, rolling out a thread about how cisgender women are not the only ones able to get pregnant and arguing that it is “vital to teach med students gender-inclusive language”, since they may encounter patients “outside the gender binary”.

“I respect Carole as a colleague & scientist. But this dangerous language perpetuates a system of discrimination against non-cis people within the med system. It directly opposes our Task Force work that aims to create a safe space for scholars of ALL gender identities and sexes”, Lewis noted.

Hooven responded to the criticism, thanking Lewis for her concern and suggesting that they have a discussion.

“I appreciate your concerns. Could you let me (and the Twitterverse) know exactly what I said that you consider transphobic or harmful to undergrads? I think you know that I care deeply about all of my students, and I also care about science. How about a discussion?”, Hooven tweeted on 30 July.

​Both sides of the argument have support and criticism, as some express solidarity with Lewis, arguing that the number of biological sexes (not genders) is “wee more complicated”…

She lost me when she said “evolution designs”. That’s a total misunderstanding of evolution, Darwin is turning in his grave.

The rest is half truths, gross generalisations, stereotypes and a complete misunderstanding of what testosterone actually does.

What a wasted opportunity to explain why exclusively teaching about “pregnant women” is problematic. The most frustrating part is the blind and lazy refusal to ask “why?” … and the audacity to play victim.

If you cannot care for trans man that are pregnant because you think that pregnancy is for women then you medical license should be revoked permanently since you put the life of the man and baby in grave danger.

​…and others left wondering what exactly about Hooven’s words was “transphobic” and “harmful”.

Male and female are distinguished by biology, “the design plan for the gametes” according to @hoovlet. Here she agrees – quite rightly – that women get pregnant.

I am appalled at the bullying and intimidation she is now facing for defending the truth.https://t.co/kYIWOaewR3

That’s quite the allegation. Can you clarify which remarks in particular were “transphobic and harmful”? I’ve watched the video and heard nothing that remotely matches that description.

What did she say that was transphobic and harmful? And is it collegial to trigger a prospective mob against a colleague? Perhaps you could have approached her privately and politely for a chat?

​Lewis has not yet responded to Hooven’s invitation for discussion, re-tweeting a post from a user who slammed the Harvard professor for quote-tweeting.

“Also, it’s absolutely awful for her to quote tweet this, fully knowing her followers would back her up by attacking Laura (a grad student!), and then disengage saying, “oh let’s take this offline.” If you actually care about student wellbeing you *do not* do this”, the re-tweeted post said.

Hooven is lecturing at Harvard on hormones and is a co-director of the university’s undergraduate program. She is also an author of the book ‘T: The Story of Testosterone’. Lewis is a Ph.D. candidate at Harvard and the director of the Diversity and Inclusion Task Force at Harvard’s Department of Human Evolutionary Biology.

‘Queen of Hypocrisy’: Pelosi Under Fire After Removing Mask in Breach of Capitol Police Guidelines