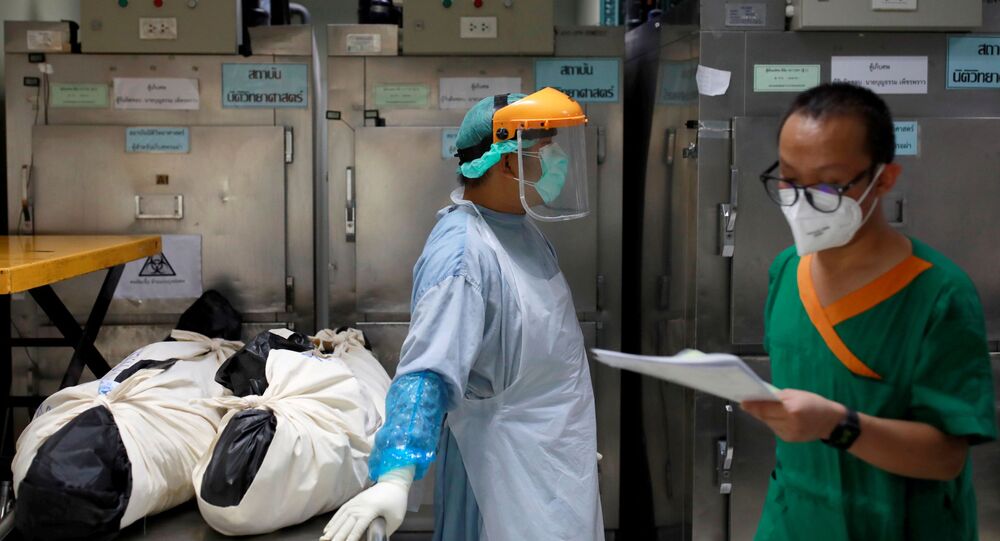 The ongoing global coronavirus pandemic has severely affected healthcare systems worldwide, as hospitals are overwhelmed by the infected. A new COVID-19 strain has increased the threat, placing many countries into a state of emergency.

As COVID-19 cases increase in Thailand, one hospital morgue was forced to store bodies in a container, an emergency measure that has not been used since a deadly tsunami hit the region in 2004, Reuters reported on Saturday.

According to hospital director Pharuhat Tor-udom at the Thammasat University Hospital near Bangkok, an average of seven autopsies are carried out each day. Currently the facility is seeing upwards of 10 dead daily, which exceeds the hospital’s 10-corpse-freezer capacity.

“There’s not enough space, so we bought two containers for bodies’ storage,” he said. “During the tsunami, we used containers to store bodies waiting to be autopsied for identification. But we haven’t had to do that until now.”

Tor-udom also noted that a quarter of the stored bodies with an unidentified cause of death have later tested positive for the coronavirus.

Last year, New York authorities faced a similar problem, as the pandemic was particularly severe in the US throughout the spring of 2020. As of the beginning of the month, refrigerated trucks containing bodies yet to be buried remain online. Local authorities reportedly plan to dismantle the temporary New York City morgue by the end of the summer, according to the New York Daily News.