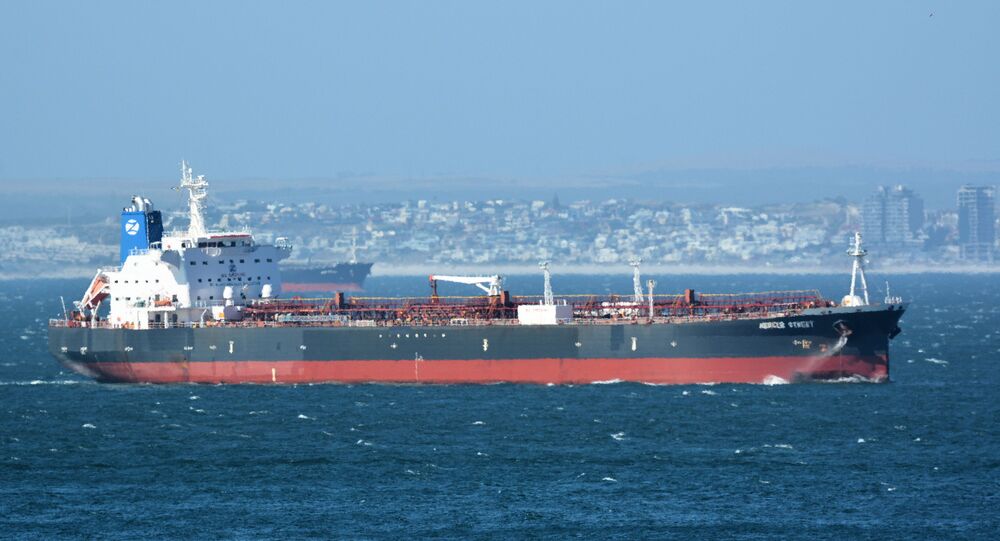 The Liberian-flagged vessel came under attack on 30 July, when it was sailing northeast of the Omani island of Masirah. Two people – a British national and a Romanian citizen – were killed. Israel immediately put the blame on Iran, a claim the Islamic Republic has vehemently denied.

Israeli Prime Minister Naftali Bennett says the country has evidence that Iran was behind the attack on the oil tanker off Oman. Bennett said Israeli security forces saw information that reportedly proves Tehran was responsible for the assault, before issuing a veiled threat to the Islamic Republic.

“We expect the international community will make it clear to the Iranian regime that they have made a serious mistake. In any case, we know how to send a message to Iran in our own way”, the prime minister said.

Earlier today, The Times of Israel reported that Israeli authorities had provided intelligence information on the attack to the United States and the United Kingdom.

THe MV Mercer Street, operated by the London-based company Zodiac Maritime was en route from Tanzania to the United Arab Emirates. It came under attack late at night on 30 July when it was near Oman. The details of the attack remain unclear.

However, US Central Command said in a statement on Saturday that the vessel was hit by a drone. It ostensibly hit the tanker’s bridge, where the captain and crew command the vessel, a US official, who spoke of condition of anonymity, told Al Jazeera. As mentioned earlier, two people – a British national and a Romanian citizen – were killed as a result of the attack.

Zodiac Maritime is owned by Israeli billionaire Eyal Offer. Tel Aviv immediately put the blame for the attack on Iran, with Tehran denying responsibility and dismissing the claim as “baseless”.

“It’s not the first time that the Zionist regime occupying Jerusalem has made such empty accusations against the Islamic Republic of Iran. Wherever this regime has gone, it has taken instability, terror, and violence with it”, said Iranian Foreign Ministry spokesman Saeed Khatibzadeh.

The attack is now being investigated by Britain, Israel, and the United States.

In recent months, both Israeli and Iranian-owned ships have been damaged, with the two countries trading accusations. There has also been a series of malfunctions and explosions at Iranian facilities this year, which Tehran blamed on its enemies – Israel and the United States.

Tensions remain high between the two nations, with Israel opposing the Biden administration’s decision to revive the Joint Comprehensive Plan of Action, commonly known as the Iran nuclear deal. Israel has argued that the accord paves the way for Iran to develop nuclear weapons. The Islamic Republic has insisted that its nuclear programme is intended for peaceful purposes only.

Israel’s Economy is ‘A Dog on a Leash,’ It’ll Bounce Back Once Pandemic is Over, Says Expert

Fresh Start & Old Problems: How US Policy Toward Iran and Afghanistan Could Influence Israel