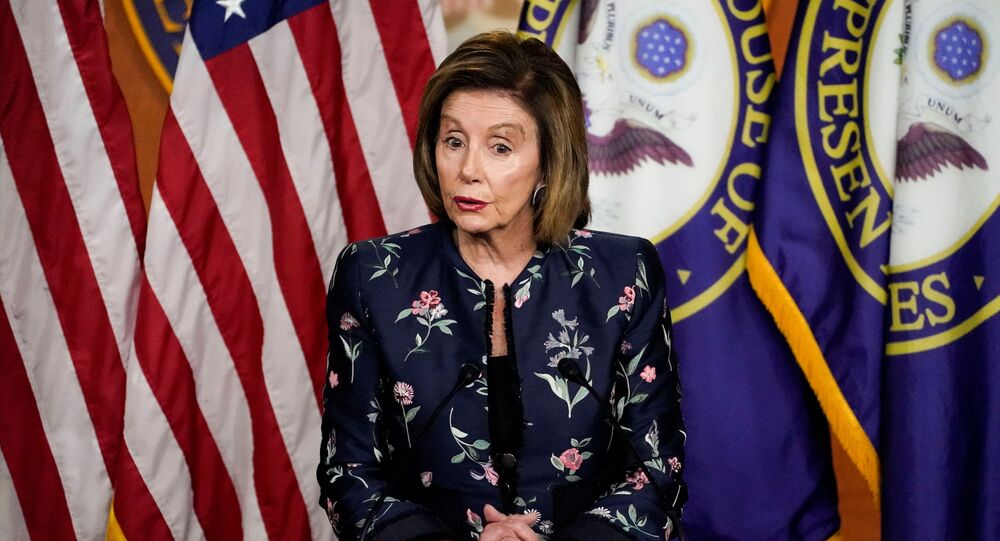 The two officials have a “loving” relationship. Kevin McCarthy recently chastised the House Speaker for introducing a mandate which requires lawmakers to wear masks inside the Capitol, while Pelosi called McCarthy a “moron” for voicing opposition to her decision.

House Minority Leader Kevin McCarthy has been slammed by the Democrats after it became known that he said he wanted to hit Nancy Pelosi on the head. During a speech at a fundraising dinner in Tennessee, McCarthy voiced his hope that Republicans will retake the House of Representative from the Democrats in mid-term elections next year.

He then joked that if it happens he would find it difficult to resist temptation to strike Pelosi with the gavel that comes with the job of Speaker of the House. “It will be hard not to hit her with it but I will bang it down,” McCarthy said, as per the Washington Post reporter, who attended the event.

The quip prompted a furious backlash from the Democrats, with lawmakers saying that the Republican should either apologise or resign.

​Debbie Dingell, US Representative for Michigan’s 12th congressional district, wrote in a statement on Twitter that remarks like this led to violence and deaths at the US Capitol, referring to the storming of the building on 6 January. Five people – four protesters and one police officer – died after supporters of Donald Trump stormed into the Capitol, where lawmakers had gathered to certify the results of the 2020 election, which Trump claimed was rigged by the Democrats. The former president was accused of inciting violence and impeached a second time, but the Senate trial ended in Trump’s exoneration.

As mentioned earlier, Pelosi and McCarthy have a complicated relationship. Most recently the pair clashed over Pelosi’s decision to make the wearing of face masks obligatory in the House side of the Capitol. Police officers were instructed to arrest violators, who would also be fined $500.

Incidentally, after introducing the mandate, the House Speaker herself violated it. Her decision came in response to the resurgence of the coronavirus pandemic, attributed to the Delta strain of the virus, which is reportedly the most contagious.