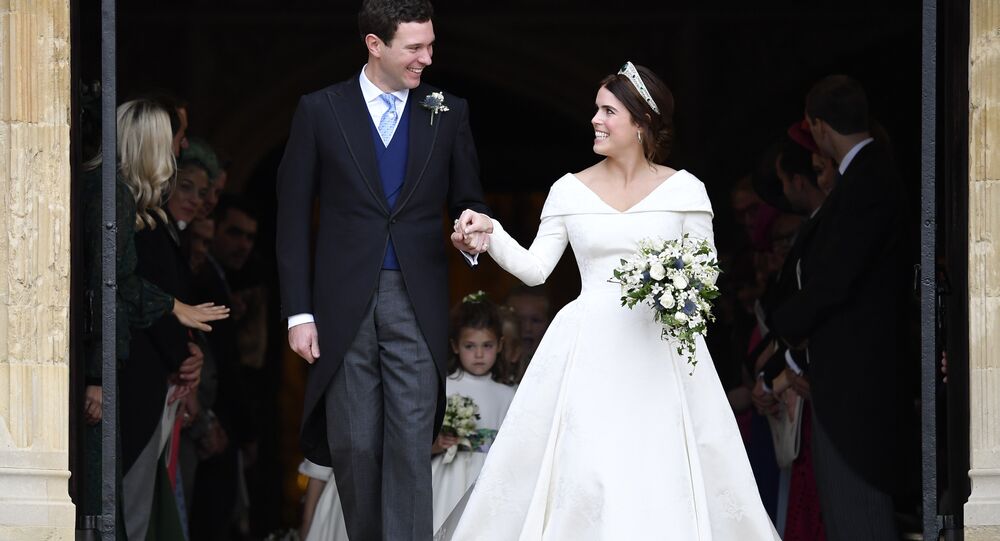 Jack Brooksbank studied at Stowe School and the University of Bristol before leaving to work in the bar industry. He was the general manager of the Mahiki nightclub, which was frequented by Prince William and Prince Harry in their youth. He met Princess Eugenie in 2010 and the couple dated for seven years before tying the knot in 2018.

Princess Eugenie’s husband has been seen partying on a boat in Capri in the presence of three women, The Sun reported. According to the newspaper, the 35-year-old, who is a brand manager of the tequila company Casamigos, arrived in Italy on a working trip. Casamigos was the main sponsor of this year’s UNICEF Summer Gala.

A day before the event, he and his three female companions went on a boat to see сaves and grottos around Capri’s coast. Pictures published by The Sun show Brooksbank, who became a father this February, hugging one woman and standing next to another, who was topless.

I don’t know if it’s true or untrue but Jack should have never put himself in that position.
Pap are everywhere nowadays, we can all be paps with our cell phone.
He should know better.https://t.co/8Tjd7LtLqN#PrincessEugenie #RoyalFamily

According to the tabloid, Princess Eugenie was in Italy herself at the time. Last week, she was in Ibiza with her friends. Photos do not suggest that Brooksbank was unfaithful to his wife, but he maycatch hell when the princess sees the images. The issue is likely to add to the pressure on the royal family, especially on its male representatives, who have been haunted by reports of infidelity as well as sexual abuse.

British Government To Publish Figures On Trade, Investment As London Strikes Out For New Trade Links

New Covid Fashion Trend? Man Wearing a Mask – and Nothing Else – Grabs Shoppers’ Attention in London