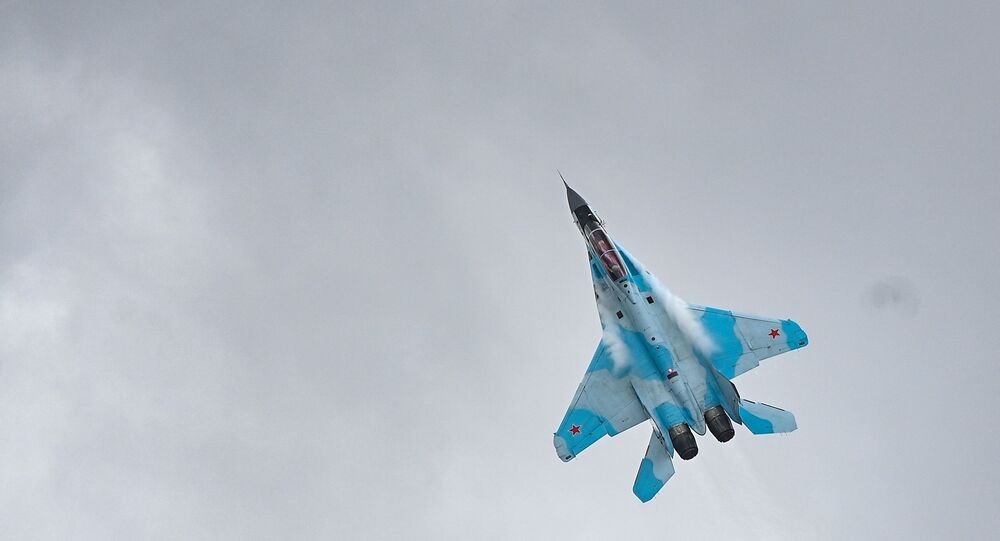 The pilot managed to safely eject from the aircraft and land. His life is out of danger, the Russian military said.

A Russian Air Force Su-35 fighter jet (NATO reporting name: Flanker-E) suffered an engine malfunction and crashed into the Sea of Okhotsk in the Khabarovsk Territory in Russia, the country’s military reported.

The aircraft was on a training flight when the incident happened. The pilot managed to eject from the plane and safely land. He was later found by a search and rescue team and has since been safely transported to his military base. His health is not in danger, the Russian military said.

Russia’s Eastern Military District has launched an investigation into the incident and its cause.

The crashed Su-35 is an upgraded Russian fourth-generation jet. Su-35s are based on the Su-27 and Su-30 (NATO reporting names: Flanker-B and Flanker-C) developed back in 1989, but contain newer systems and equipment, including some that is created for fifth-generation fighters. Russian Su-35 fighters can carry out operations 3,400 kilometres away from their base and can carry up to 12 bombs or missiles.