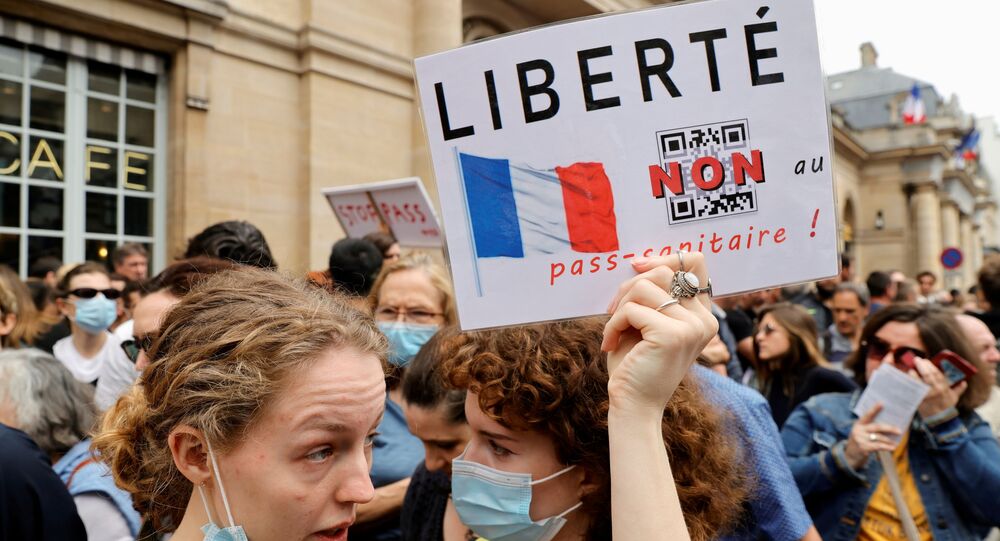 PARIS, (Sputnik) – Police have fired tear gas in an effort to disperse people protesting against COVID-19 passes in downtown Paris, a Sputnik correspondent reported on Saturday.

Several such mass demonstrations are taking place in the French capital on Saturday. One started near the Villiers subway station, with the crowd moving toward the Bastille Square. Police deployed tear gas after the demonstrators began throwing bottles at security officers. According to local BFM TV channel, three police officer have been injured during the protests.

​Large-scale protests have been sweeping through many cities across France since mid-July after President Emmanuel Macron announced a series of new restrictions to contain the spread of COVID-19. Starting August, restaurants, bars, shopping centers, airplanes and long-distance trains will require a special pass indicating that a person has either been vaccinated or has a negative test result for COVID-19.

Why EU is Lagging Behind UK in COVID Vaccine Rollout